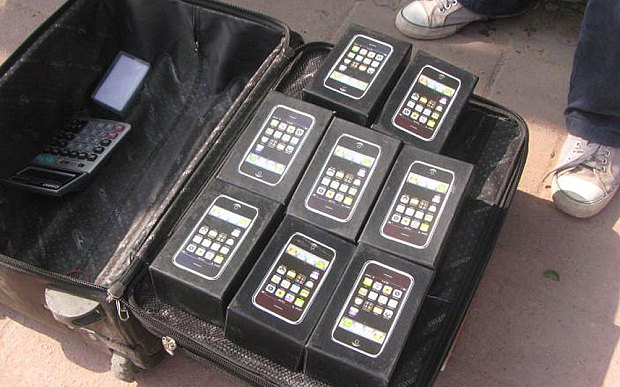 Beijing, July 28 (IANS) Police in China’s capital city of Beijing busted a factory that produced over 41,000 fake Apple iPhones, the media reported on Tuesday.
The factory was discovered on May 14 and was revealed in a social media posting by Beijing’s public security bureau, China.org reported.
The group, headed by a 43-year-old man surnamed Yu, and his 40-year-old wife, surnamed Xie, both from the southern hardware manufacturing city of Shenzhen, allegedly set up the Beijing factory with six assembly lines in January.
They hired hundreds of workers to repackage second hand smartphone components as iPhones for export.
Police seized 1,400 handsets and a large quantity of accessories during the May 14 raid. Nine people including Yu and Xie have been arrested.
The discovery of the factory comes four years after fake Apple stores were found in Kunming city.