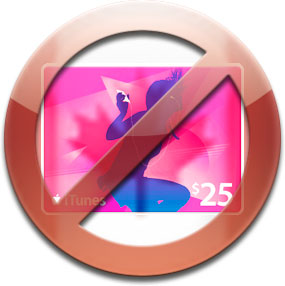 When asked by the Canada Revenue Agency (CRA) to pay a tax bill with any type of gift card – It is a scam! Gift cards do not pay tax bills!

Police in North Vancouver are warning the public again of phone and e-mail scams where a fraudster purports to be a CRA representative. Police report that there is an increase in calls by someone claiming to be from the tax agency using coercive and threatening language. The victim is often threatened with court charges, jail or deportation. The caller pressures the potential victim into paying a non-existent tax debt with I-Tunes cards.

On June 14, 2017, the North Vancouver RCMP were alerted by a local retail store of someone requesting to purchase thousands of dollars in I-Tunes cards. When the astute clerk asked why they required such a large purchase of gift cards, the would-be victim said they owed the CRA money. Police attended the store and while talking to the clerk and victim, another person came to the counter claiming they owed money to the CRA and wanted to purchase several thousands of dollars in I-Tunes cards as well!

Police cannot emphasis strongly enough that no one should be falling victim to these ruthless scams, said Supt. Chris Kennedy, Officer in Charge of the North Vancouver RCMP. Staff at retail stores are encouraged to be suspicious of any unusually large request of gift cards – to alert management – and have police notified immediately. There are ways for all of us to get involved and stop these crimes of fraud.

Canada Revenue Agency will never ask you for information about your passport, health card or driver’s licence. To better protect yourself against becoming a victim of fraud via telephone or e-mail, police recommend asking the following questions:

Important information can be found on the B.C.RCMP or Canada Revenue Agency website where you can access tips on recognizing a scam.