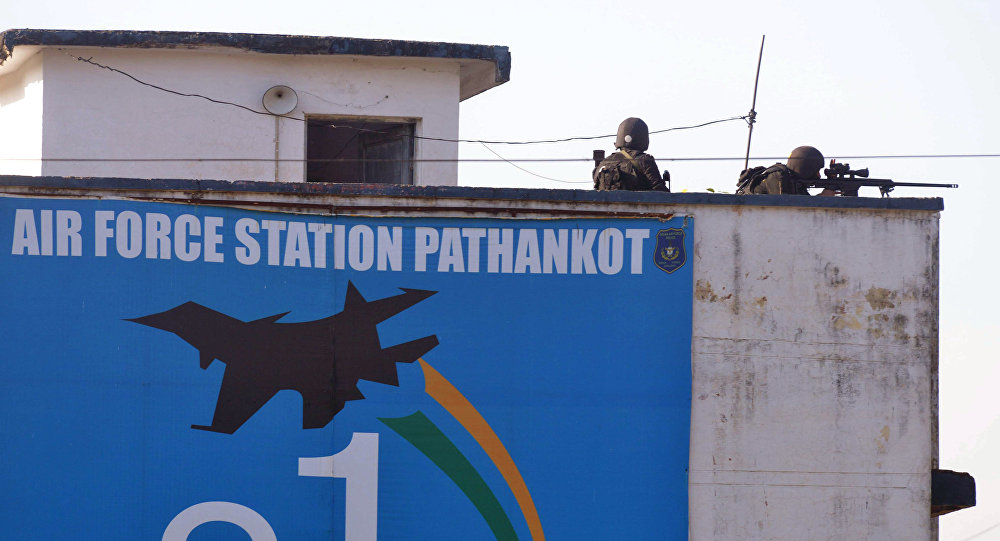 New Delhi, April 1 (IANS) A team of Indian investigators will travel to Pakistan to further probe the terror attack at an air base in Punjab that killed seven security personnel, the National Investigation Agency (NIA) said on Friday.

The announcement comes after India, in a rare show of counter-terrorism cooperation, allowed a team of Pakistani security and intelligence officials to examine the scene of the terrorist attack at the Pathankot Indian Air Force (IAF) base.

The “crime scene” is part of a sprawling 2,000-acre complex that houses high value defence assets, including fighter jets.

“We told them (Pakistani investigators) that we want to send a team to Pakistan. They welcomed the idea,” NIA Director General Sharad Kumar told reporters here.

No specific date for the proposed Indian visit has been given.

Sharad Kumar said in a statement issued after his brief media interaction that the Pakistani team “assured us of their full cooperation and promised to execute” the Indian letter rogatory for judicial assistance in NIA’s probe.

NIA is handling the Indian investigation of the January 2 terror attack that also left a civilian dead before the suspected Pakistani terrorists, who had infiltrated from across the border into the airbase, were killed in a gun fight that lasted for some 80 hours.

The agency now wants to carry forward its investigation and question suspected attack masterminds, including leaders of the Jaish-e-Mohammed (JeM) terror group, based in Pakistan.

Sharad Kumar did not name Azhar, but said NIA has also sought voice samples of some “senior office bearers of JeM” and the DNA sample of the mother of Nasir Hussain, one of the slain Pakistani attackers.

During their five-day stay in India from March 27, the Pakistani team, including from the military, police and intelligence agencies, visited the terror scene in Pathankot and interacted with NIA officials in Delhi.

The visiting team shared with the Indian agency the results of its probe done in Pakistan.

Minister of State for Home Kiren Rijiju in a separate media briefing said that the meetings between Indian and Pakistani investigators were “positive” and the Pakistani team did “not contradict our findings”.

Sharad Kumar said that NIA gave the Pakistan team “complete evidence against JeM office bearers who conspired in the attack and the handlers of the terrorists who facilitated and guided them.

“NIA also shared the identities and addresses of all the terrorists and requested the (Pakistani team) to confirm the same,” he said.

The NIA chief said the Pakistani team was also shown the “locations where the terrorists infiltrated and subsequently hid”.

He said the Pakistani team was given access to 16 witnesses, including suspended superintendent of police Salwinder Singh, his cook and his friend Rajesh Verma.

Salwinder Singh has claimed that he, his cook and Verma were abducted by four or five heavily armed militants near Punjab’s Kolia hours before the attack.

The attackers also hijacked the police officer’s SUV and apparently drove to the air base without raising any suspicion.

The anti-terror cooperation between India and Pakistan is a sharp departure from the past. India has earlier accused Pakistan of shielding the terror accused and hiding proof that could nail terrorist commanders based in that country.