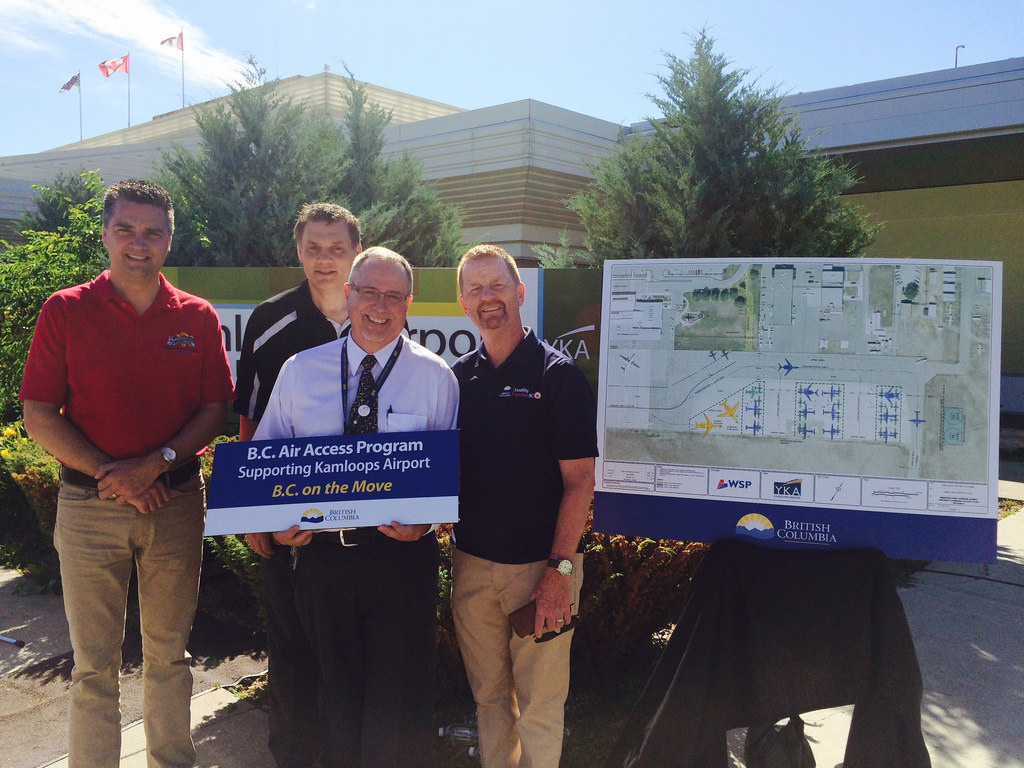 “A thriving, vibrant airport is a critical engine of growth for any community. The Kamloops Airport has seen an increase of over 25% in passenger volumes in the past five years, helping to drive growth in many sectors so important to Kamloops such as mining and tourism, as well as at Thompson Rivers University,” said Stone. “These infrastructure safety improvements will go a long way to ensuring the Kamloops Airport is able to continue to drive growth and jobs in Kamloops, the Thompson Valleys and British Columbia.”

With the support of B.C. Air Access funds, the Kamloops Airport will rehabilitate a section of the airport apron, or the area where aircraft park to load, unload and refuel. The apron can get congested, which has the potential to delay the movement of aircraft during peak periods. This project will ensure the safe and efficient manoeuvring of all air traffic, as well as vehicles and personnel servicing aircraft. In addition, a new dedicated vehicle access route to the apron will be built. The airport will provide the remaining funds needed to complete this $3.4-million improvement to the airport.

“We are incredibly pleased to expand the apron at Kamloops Airport. It will allow the airport to safely handle more and larger aircraft while providing them easier access to our on-site amenities,” said Fred Legace, Kamloops Airport managing director. “This is aligned with other improvements, most recently the runway rehabilitation, that, paired with our growing tourism product, position the airport for growth with our airline partners.”

Through the B.C. Air Access Program, the ministry cost shares with public airports on projects such as lighting and navigational systems, terminal building expansion or upgrades, and runway improvements. These types of projects will allow airports to improve safety, accommodate larger aircraft and more frequent flights, and further support the continuing growth of local and provincial economies.

“The Kamloops Airport is a busy, critical hub in the region and it continues to see an increase in year-over-year growth making it a vital link in the region,” said MLA for Kamloops-North Thompson Terry Lake. “This investment will allow it to expand and make safety improvements to accommodate the increase in air traffic, allowing it to better serve the community.”