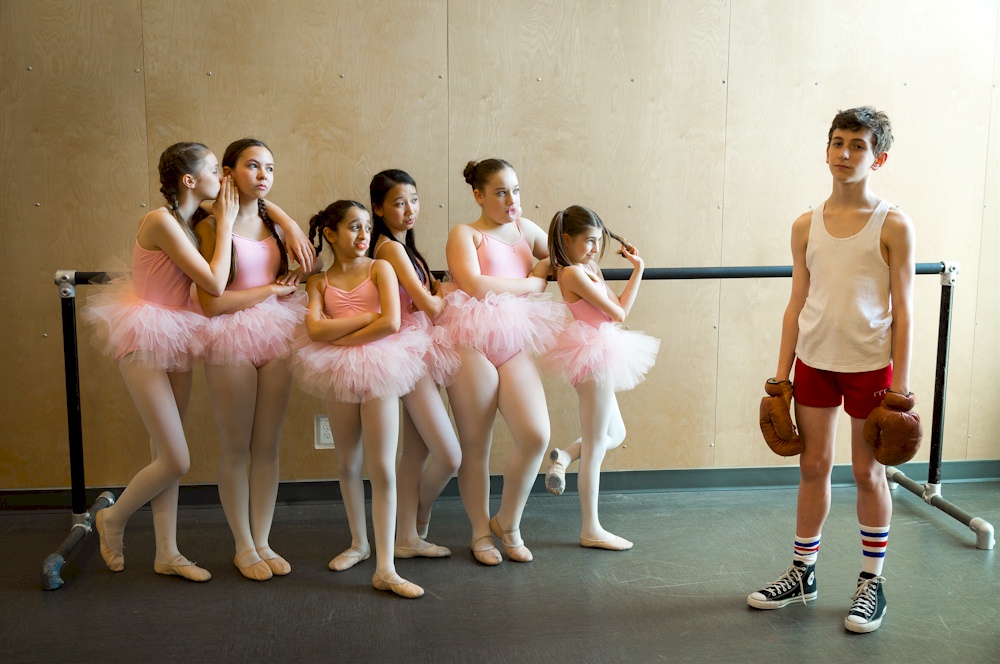 Summer success comes early for the Arts Club Theatre thanks to their smoking hot production of Billy Elliot. Made famous by an earlier Broadway and London production followed by a Hollywood movie this local energetic musical as theatre is as good as it gets. Get down to the Stanley Alliance Stage theatre on Granville and 11th to see this toe tapping extravaganza.

Talent rises to the fore on this set in Durham England show . Times are tough indeed for the villagers in this coal mining town as during the  height of the Margaret  Thatcher reign in the mid 1980s people are suffering. Tough choices about a strike weigh heavily on the Elliot clan. Young Billy decides to stray off the family career path much to the chagrin of his dad and rather boisterous hard-headed older brother.

Look for lead actor Nolan Fahey to become a star through his heart-felt singing and dancing and simply mesmerizing demeanour. Given a stellar supporting cast that sees everyone giving their all and then some director Bill Millerd turns out a gem . Social uncertainty and upheavals can take a toll on anybody and mix in some good old-fashioned  class and sexual discrimination and this story is as timely as ever.

Told in two acts this 2 1/2 hour show looks at the ups and downs in a family’s life and how the arts and the economy face off against one another. Fit for all ages this is one of a kind  feel good story is inspirational. And highly entertaining. Bolstered by a slew of songs by Sir Elton John make a trip to see Billy Elliot a must to do list.

To find tickets or get more information on Billy Elliot which is here only until July 10 go to www.artsclub.com or call (604) 687-1644