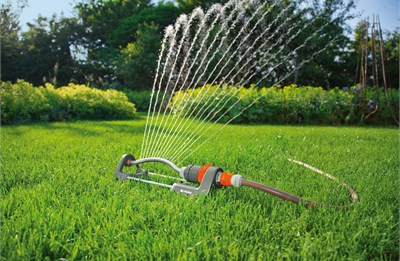 The Canadian Press
VANCOUVER: For Metro Vancouver lawns, brown is the new green.
Metro Vancouver, the authority that governs the water supply for 21 cities and municipalities, has banned the use of sprinklers in an effort to conserve its shrinking reservoirs.
Stage 3 water restrictions mean all forms of residential lawn watering are restricted, although flower and vegetable gardens can still be watered by hose with a spring-loaded shut-off nozzle.
Metro Vancouver Chairman Greg Moore said Monday the three water reservoirs in the district are at 69 per cent capacity, down from the 74-per-cent level last week.
He said 2.4-million residents were using 1.35-billion litres of water daily.
“Because our water reservoirs are lower than our projected average … and we don’t see a lot of water in the foreseeable future, we need to reduce the amount of water that we consume to 1.2-billion litres of water a day.”
If that goal is met, Moore said, area residents should be able to get by with the current water supply until October with little to no rain.
All of B.C.’s South Coast, Vancouver Island and the Lower Fraser Valley are experiencing Level 4 drought conditions, which are rated as extremely dry.
The tightened conditions also mean homeowners won’t be able to refill their backyard pools, wash their cars and pressure washing is banned. Commercial car washing is still allowed.
Metro Vancouver lived through Stage 3 restrictions once before during the 2003 dry spell.
“This isn’t something that we do regularly,” said Moore. “This is extraordinary for us. Even when we went through it in 2003, we didn’t do it this early on in the season, either.”
The water levels are currently where they would be at the end of August or beginning of September, he added.
Small changes can make a big difference, he said, pointing out that many people run water until it gets cold when they’re filling a glass.
“We’re guilty in our own house,” he said. “Fill up a jug of water and put it in the fridge and then you don’t have run it, it’s cold.”
The dry conditions have prompted warnings about the dangers to returning salmon in shallow rivers and have spurred almost 1,200 forest fires since early April.