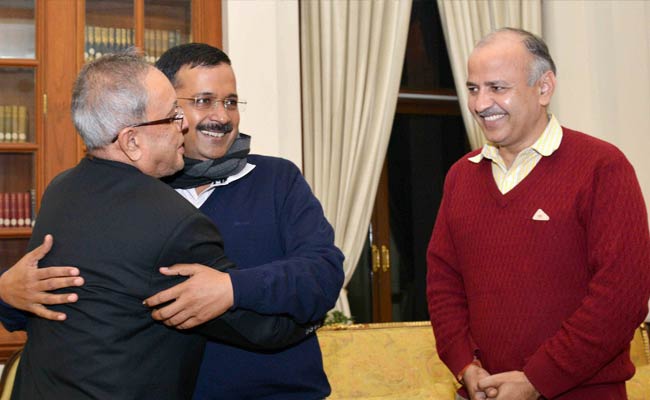 The Kejriwal government will be sworn in at the Ramlila Maidan in central Delhi Saturday.

Following the union cabinet’s recommendation, the president revoked the order issued on Feb 16, 2014 placing Delhi under central rule with effect from Feb 14, 2015.

Kejriwal is likely to retain the portfolios of home, power and finance, while Sisodia, tipped to be the deputy chief minister, has been allotted the departments of urban development, public works and education.

Jain, who was the health minister in the AAP’s earlier 49-day innings, will head the same ministry.

Rai, one of the four new faces in the seven-member ministry, will be the transport minister,m and also have charge of the labour department, sources said.

The Aam Aadmi Party won a staggering 67 of the 70 seats in the Delhi assembly Tuesday, leaving just three to the Bharatiya Janata Party. The Congress was wiped out.