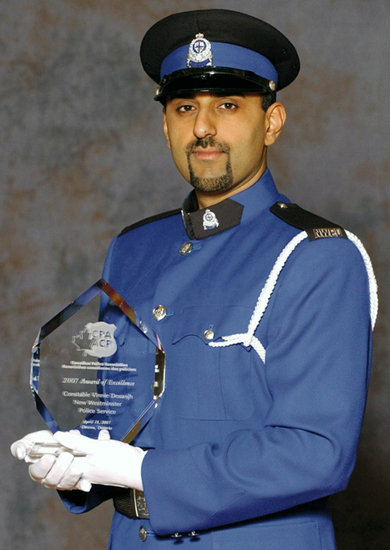 New Westminster: A police officer in British Columbia has been charged with sexual assault stemming from a 2005 incident in Victoria.

New Westminster police say in a new release one of their officers, Cst. Sukhwinder Dosanjh, was arrested Tuesday after an investigation by the Victoria Police Department.

Police say the incident allegedly happened while Dosanjh was off-duty, but the Office of the Police Complaints Commissioner has been informed of the investigation.

Dosanjh was suspended from duty after being released on bail and the New Westminster police board is considering “the provisions of an unpaid suspension.”

Police say Dosanjh will also be subject to a Police Act investigation and is expected to make his next court appearance for the criminal charge on Aug. 17.

Deputy Chief Dave Jansen says it’s always concerning when a police officer is accused of a criminal offence and the department is committed to maintaining public trust and accountability.

“In spite of this allegation against one of our members, the women and men of this department remain committed to providing professional service to the members of this community,” Jansen said in a statement.