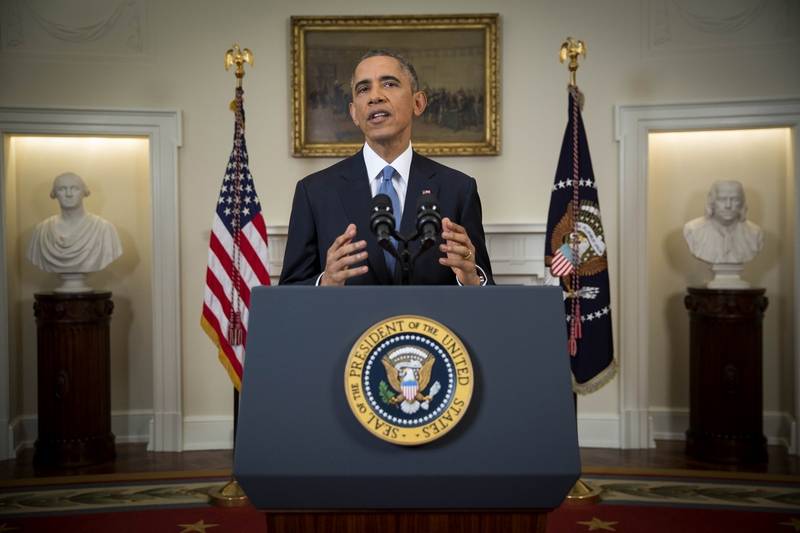 Washington/Havana, July 1 (IANS) The US and Cuba have agreed to formally re-establish diplomatic relations and reopen embassies, US President Barack Obama said on Wednesday.
“This is a historic step in our efforts to normalise relations with the Cuban government and people, and begin a new chapter with our neighbours in the Americas,” Obama said at the White House.
He said Secretary of State John Kerry would travel to Havana later this summer to raise the American flag over the US embassy.
Obama and his Cuban counterpart Raul Castro announced in December a thaw in relations following more than five decades of enmity. Washington and Havana have held four rounds of talks in the past months in a bid to restore diplomatic relations.
Earlier, Cuba’s foreign ministry said it has received a message from the US which confirms the restoration of bilateral diplomatic ties and the reopening of embassies as of July 20.
Cuba’s Acting Minister of Foreign Affairs Marcelino Medina received a letter from Obama, addressed to his Cuban counterpart Raul Castro, the official news agency Prensa Latina reported.
The letter was delivered at the headquarters of the foreign ministry by the head of the US Interests Section in Havana, Jeffrey DeLaurentis.
In that letter, the decision to restore diplomatic relations between the two countries and to open permanent diplomatic missions in their respective capitals, from July 20, 2015, has been confirmed, according to a text from the foreign ministry.
On Tuesday, CNN quoted a White House official as saying that in Havana, the American embassy is likely to occupy the same building where the Interests Section currently operates.
That is the same structure, situated on the Havana waterfront, which housed the American embassy prior to the severing of diplomatic ties after the Cuban Revolution in the 1950s.
“We expect President Barack Obama and Secretary John Kerry to address this publicly tomorrow morning,” the official added.
The re-establishing of embassies is a final step in the full diplomatic thaw President Obama initiated.
Since then, the US has eased some travel restrictions to Cuba and allowed for some new economic ties.
In April, Obama met President Castro during a summit meeting in Panama, the first time the leaders of Cuba and the US had met in over 50 years.
The US officially removed Cuba from its list of state sponsors of terror earlier in June.