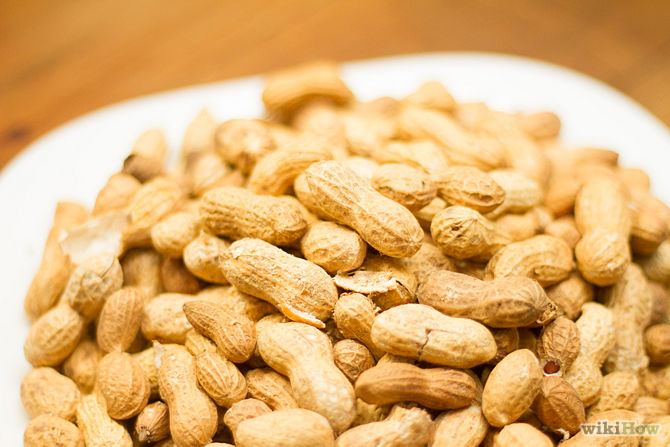 Washington, March 3 (IANS) Eating peanuts may lower your risk of dying from a heart attack, US and Chinese researchers said Monday.
Researchers at Vanderbilt University and the Shanghai Cancer Institute examined the association of nut consumption with mortality among low-income and racially diverse populations and found that intake of peanuts was associated with fewer deaths, especially from heart disease.
While research has previously linked nut consumption with lower mortality, those studies focused mainly on higher-income, white populations. This study, published in the US journal JAMA Internal Medicine, was the first to discover that all races — blacks, whites and Asians alike — could potentially increase heart health by eating nuts and peanuts.
“Peanuts are not nuts but legumes,” Xinhua cited senior author Xiao-Ou Shu, associate director for Global Health at the Vanderbilt-Ingram Cancer Center (VICC) and professor of Medicine in the Department of Epidemiology, as saying.
“However, peanuts contain many nutrients and phytochemicals that are similar to nuts. For individuals who can’t afford tree nuts, peanuts may serve as a substitute,” Shu said.
The results were based on three large ongoing cohort studies. Participants included more than 70,000 Americans of African and European descent from the Southern Community Cohort Study (SCCS), who were mostly low-income, and more than 130,000 Chinese from the Shanghai Women’s Health Study (SWHS) and the Shanghai Men’s Health Study (SMHS).
For participants in the SCCS, deaths were determined by linking with the National Death Index and Social Security Administration mortality files, and for participants in the SWHS and SMHS, by linking with the Shanghai Vital Statistics Registry and by conducting home visits. In total, more than 14,000 deaths were identified, with a median follow-up of 5.4 years in the SCCS, 6.5 years in the SMHS, and 12.2 years in the SWHS.
They found a 17-21 percent reduction in total mortality and a 23-38 percent reduction in cardiovascular mortality for individuals who ate the most nuts or peanuts compared to those who ate the least nuts or peanuts.
“We cannot conclude that peanuts per se were responsible for the reduced mortality observed despite that we have very carefully adjusted for possible confounders. Randomised clinical trials are needed to establish a causal connection,” Shu said.
However, the data from this new study reinforced earlier research suggesting health benefits from eating peanuts and nuts, she noted.
Because peanuts are much less expensive than tree nuts, as well as more widely available to people of all races and all socioeconomic backgrounds, Shu said that increasing peanut consumption may provide a potentially cost-efficient approach to improving cardiovascular health.
In a related editor’s note, Mitchell Katz, director of the Los Angeles County Department of Health Services and a deputy editor of JAMA Internal Medicine, wrote: “Of course, peanuts are not really nuts (they are legumes since they grow in bushes, unlike tree nuts), but who cares if they help us to live longer at an affordable price.”
Currently, the American Heart Association recommends eating four 43-gram servings of unsalted, unoiled nuts a week. However, nutrient-rich nuts are also high in calories, so don’t eat too many if you’re watching your weight, the researchers said.