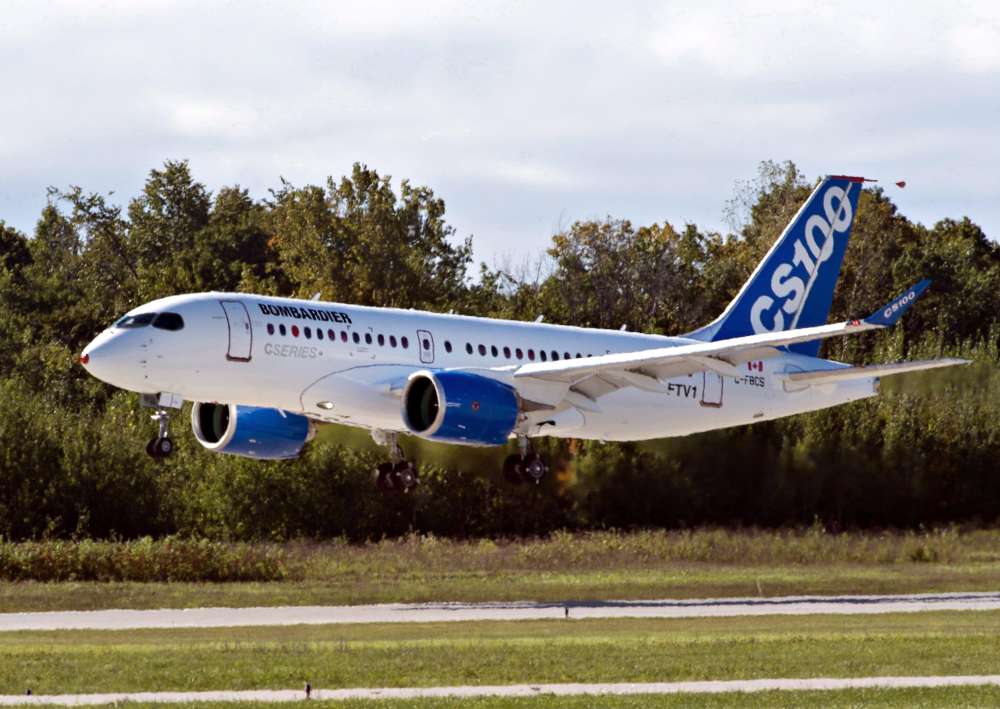 TORONTO: The federal government is still carefully reviewing Bombardier’s request for US$1 billion, Prime Minister Justin Trudeau said Thursday as he extolled the virtues of the company’s CSeries plane despite lagging sales.

Trudeau was in Toronto to promote the federal budget’s impact on families, but instead he found himself making a sales pitch on the merits of the CSeries passenger aircraft.

“The CSeries jet is an exceptional jet that is going to show Canadian innovation and quality manufacturing to the world,” he said. “That’s why it’s important to make sure that the Canadian aerospace industry is strong, not just in the short term, but in the medium and long term.”

Late last year, Bombardier asked Ottawa for assistance as it encountered trouble trying to sell the CSeries. International competitors have gobbled up contracts as Bombardier’s sales of the jet have waned.

Trudeau declined to say Thursday whether the government has set a deadline on its decision.

The notion of providing support to Bombardier (TSX:BBD.B) could prove awkward for Trudeau in Toronto, where the Montreal-based aerospace manufacturer is reportedly considering outsourcing work.

The Globe and Mail, citing sources it said were close to the matter, reported earlier this week that Bombardier plans to relocate about 200 jobs that help assemble the company’s Q400 planes from Toronto to Mexico and China.

Bombardier has not confirmed the report but said it is exploring ways to reduce costs of its Q400 planes, including reviewing work packages and supplier contracts.

When asked how it would be in the best interests of taxpayers to provide federal aid to a company considering sending Canadian jobs elsewhere, Trudeau highlighted the benefits of the aerospace sector to the country’s economy.

“The aerospace industry in Canada is responsible for thousands upon thousands of jobs and they’re exactly the kind of high-quality, innovative jobs that are deeply linked to the knowledge economy we need to continue to build on,” he said. “That’s why we’re looking very seriously at the possible support for Bombardier.”

The Quebec government promised last fall that it will give US$1 billion to support the Montreal company.

The Quebec government had launched a lawsuit against the airline (TSX:AC), arguing it had breached its legal obligations under the 1988 legislation by not performing enough maintenance work in the province.

The government dropped the lawsuit last month in exchange for a promise by Air Canada to have heavy maintenance work on its planned fleet of CSeries planes carried out in the province for at least two decades.

The proposed amendments introduced Thursday say the company may change the amount of maintenance work it performs in Ontario, Quebec and Manitoba, as well as the level of employment it maintains for that work.

“It is important for the government of Canada to allow air carriers equal opportunities to compete in an evolving air sector,” Garneau said in a statement.