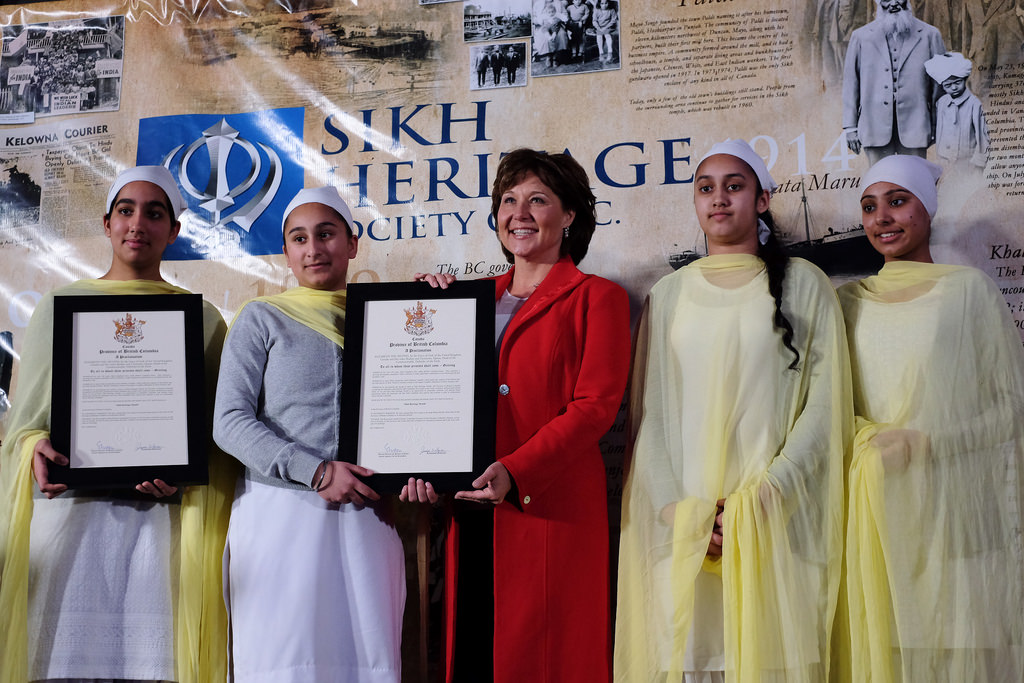 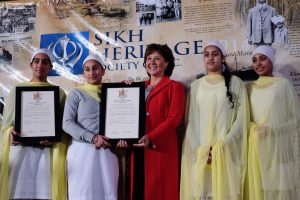 As part of the celebrations and proclamation today of April as Sikh Heritage Month, Premier Christy Clark announced today that 15 South Asian historic places are being added to British Columbia’s Register of Historic Places.

The recognition celebrates B.C.’s diversity and multiculturalism and the significance of British Columbians of South Asian descent and their contribution to the province.

“We celebrate our diversity in British Columbia, because we know it’s our greatest strength. Now more than ever – we need to continue being an example for the world,” said Premier Clark. “There are communities in every corner of our province that British Columbians of South Asian descent have left their mark on, enriching us all.”

”I am pleased that we have been able to identify Historic Places that show the important contribution of South Asian Canadians to the development of B.C.,” mentioned Steve Thomson, Minister of Forests, Lands and Natural Resource Operations.

In 2016, a public nomination process began and included an evaluation by sector and community experts. As a result, a total of 24 eligible places were nominated by British Columbians and 15 of those are now being provincially recognized for their high significance to South Asian Canadian history in British Columbia. Heritage BC was engaged to administer the nomination process and create an interactive map that features all 24 eligible nominated sites with expanded documentation for the 15 historic places, available online: https://secure.heritagebc.ca/maps/

The list paints a rich picture of the contributions that South Asian Canadians have made to the development and prosperity of B.C. since the mid-19th century.

“This project gives all British Columbians an opportunity to see B.C. places from the South Asian Canadian perspective, helping preserve, explore and share our province’s multicultural heritage,” said Royal BC Museum chief operating officer and deputy CEO Angela Williams. “The Royal BC Museum looks forward to sharing stories about these places and their historical significance.”

Some of the recognized sites include:

“South Asian century old history in B.C. is replete with province wide personal travels, subsequent settlements and socio-cultural investments in community spaces,” noted Advisory Committee member, and Director, Centre for Indo Canadian Studies at the University of the Fraser Valley, Satwinder Bains. “A recognition of our unique and rich history is a significant milestone in British Columbia’s historical trajectory of purposeful inclusion and acceptance of the impacts by diverse communities on our province.”

“All individuals need to feel included and a part of society. To date South Asian history in British Columbia has not been systematically documented from our South Asian perspective,” added South Asian Canadian Historic Places Project Evaluation Team member, Dr. Balbir Gurm.  “The South Asian Historic Places Project helps us recognize the physical spaces that are historically significant to our community. This is a step in recognizing the many diverse groups and more specifically those of South Asian heritage who are a part of British Columbia’s history. I am thrilled to be a part of this important work.”

This is a milestone in the Provincial Recognition Program’s South Asian Historic Places Project. It marks the completion of a project designed to identify historic places and culturally important locations to help South Asian Canadians, and all British Columbians, honour this cultural history in perpetuity.