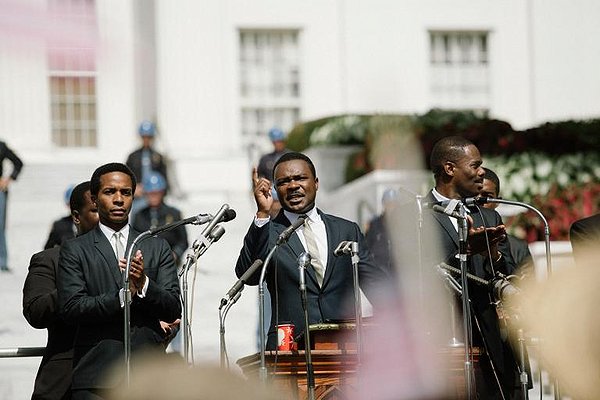 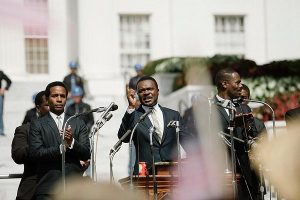 Lack of southern comfort was a hallmark of the south up until the mid 60s. Racial tensions are front and centre in Selma, a jarring film from Paramount Pictures now gripping audiences at Cineplex Odeon theatres around B.C. Fail to recognize history and suffer the consequences. Based on true events this drama follows the tumultuous Reverand Martin Luther King endured in an effort to win Afro Americans the votes. Tall as a mountain is the acting talents of David Oyoleow who soars as the troubled preacher man with the weight of the world quite literally on his shoulders.
All these righteous men and women want is to cast a ballot. Prejudices and backward thinking see these proud law abiding cities suffer humiliation and hardship egged on by a merciless governor and corrupt law and order officials. Bad as the devil is governor George Wallace whose smug attitude comes through loud and clear courtesy of Tim Roth. Less controversial is the presence of the President. Lyndon Baynes Johnson who is ably displayed by Tom Wilkinson.
A great atmosphere showing the fear, hatred and desire of the day turn Selma into a meaningful emotional experience. Even Oprah Winfrey and
Martin Sheen weigh heavily in this valiant tale of a man and a dream and the power elite trying to oppress the populace.