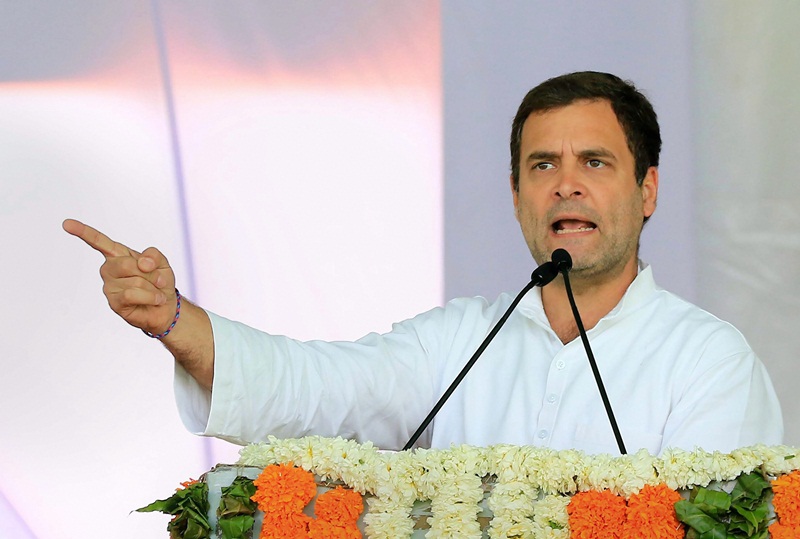 Congress president Rahul Gandhi announced Monday that his party would ensure minimum income guarantee for every poor in the country if it returns to power after the Lok Sabha polls due in April-May. He accused Prime Minister Narendra Modi and the ruling BJP of trying to create two Indias — “one of the Rafale scam, Anil Ambani, Nirav Modi, Vijay Mallya, Mehul Choksi and the other of the poor farmers”.

Gandhi made the remarks at the ‘Kisaan Abhaar Sammelan’ held here to express gratitude to Chhattisgarh’s people, particularly farmers, for voting the party to power in the state after a gap of 15 years. “The Congress has decided to take a historic decision… The Congress-led government is going to give minimum income guarantee. This means, each poor person in India will have minimum income. This means there will be no hungry, poor people in India,” Gandhi said.