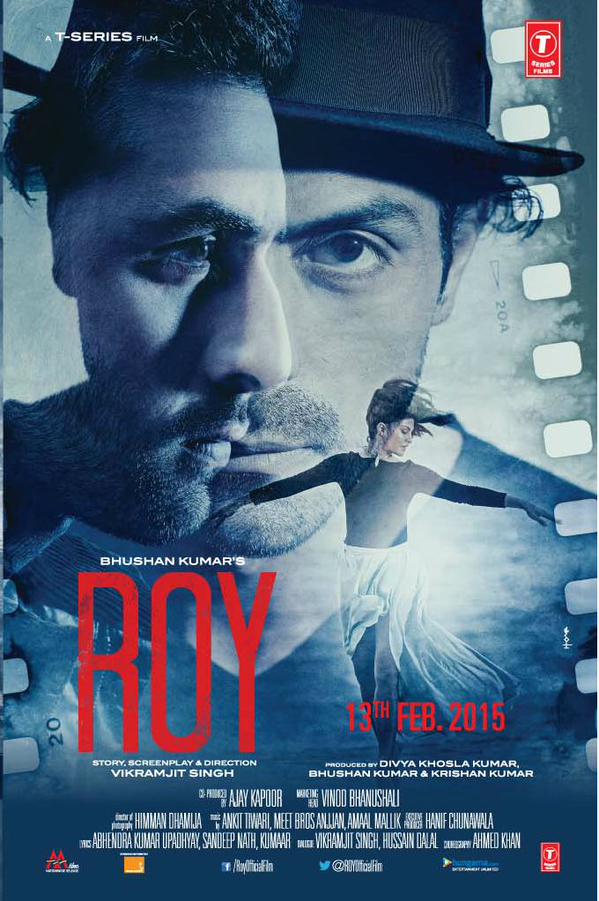 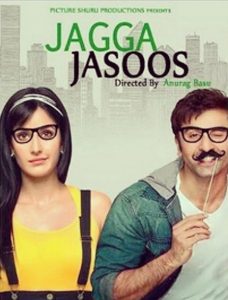 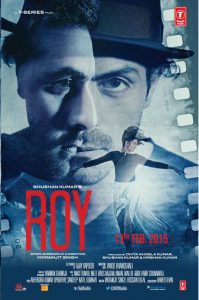 It’s been two years since his last film Besharam tanked at the box-office and yet, hardly any day goes by without Ranbir Kapoor’s name being discussed in the media on some pretext. Ranbir, the youngest Kapoor to make an impact with his sensitive performances in films like Saawariya, Wake Up Sid, Rocket Singh, Rockstar & Barfee, became the most admired Indian star amongst the masses and an icon for youngsters. Favourite of Ayan Mukherjee, Anurag Basu, Imtiaz Ali & Karan Johar, Ranbir was snapped by all popular directors & productions until Abhinav Kashyap’s Besharam happened right after the super success of Yeh Jawaani Hai Diwaani. Thunderous opening greeted the film upon release but what followed shocked many as it slided downwards to oblivion and declared a dud after just two weeks. Cameos in Bhootnath Returns & India’s biggest blockbuster PK evoked interest but his fan following was eagerly awaiting his return in full role and that’s why many were shocked when Ranbir Kapoor distanced himself from the publicity of his upcoming film Roy.
Vikramjit Singh’s ROY features Arjun Rampal, Jacqueline Fernandez & Ranbir Kapoor in the pivotal role as Roy and yet, Ranbir decided to stay away from promotional appearances because as per him, he only has a special appearance.
Inspite of the fact that his special appearance stretches to 56 minutes of the 135 minutes of Roy, Ranbir decided to stay away because he didn’t want his fans to get a wrong impression. With Anurag Kashyap’s long awaited Bombay Velvet and Anurag Basu’s Jagga Jasoos slated to release later this year, Ranbir Kapoor wanted to be politically correct and only showed up at the last press conference for Roy, but with the music hitting all high notes and a rage amongst youngsters, I’m sure that many of his fans will flock to the theatres just to get a glimpse of him and if reports are to be believed, they surely will come out smiling on this Valentine’s Day weekend!!!

AIB Roast is still being roasted!!! 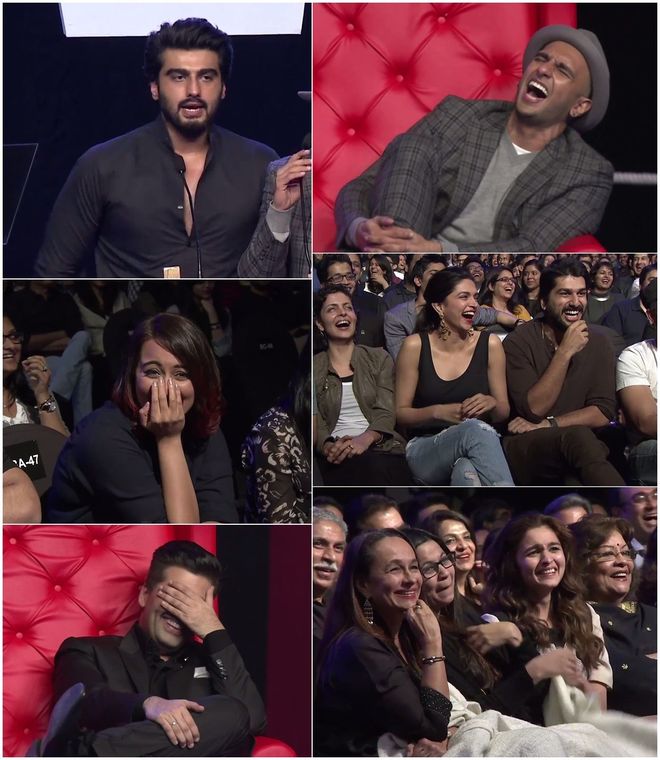 Salman Khan is apparently angry; Shahrukh Khan is distancing himself and with Aamir Khan coming out openly against the so-called ‘violence’, ‘host of the roast ‘ Karan Johar is still in hiding as the for and against camps keep on sledging each other and the social media remains the hot bed of all the nastiness associated with AIB Roast. Director R. Balki & Anurag Kashyap defended the freedom of expression while many including Aamir Khan blasted everyone associated with the event including Karan, Arjun & Ranveer. With FIR’s lodged and many organisations springing up in the name of India’s culture, the AIB Roast is going to stay in the news for some more time and the mud-slinging will continue from both sides as battle lines are drawn for a lengthy tussle! 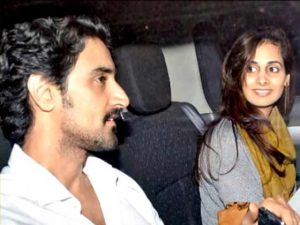 Right after the sudden marriage of singer Shreya Ghoshal to her long-time friend Shaditya Mukherjee, film folks at Bollywood were surprised as actor Kunal Kapoor, of Meenakshi, Rang De Basanti, Luv, Shuv Tey Chicken Khurana, married Naina Bachchan, daughter of Ajitabh & Ramola Bachchan and niece of Amitabh Bachchan, at a beach side ceremony in Seychelles amongst close family & friends. Dating for almost two years, their marriage took many by surprise as they get ready for their reception in Delhi. Asian Journal wishes both a very happy marriage life. 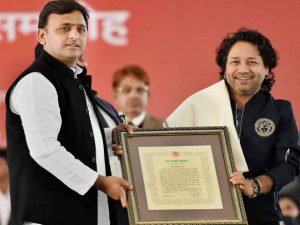 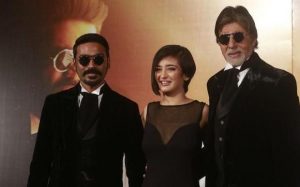 It was widely expected that R. Balki & Amitabh Bachchan’s third attempt will score a hat trick at the box-office, however, in spite of glowing reviews and positive fan reaction, the film failed to score where it counts as it barely reached Rs.20 crores in its first week. Superb performances from Amitabh Bachchan, Dhanush & debutant Akshara Haasan lifted the film to glorious heights but alas, the crowd stayed away and it’s to be seen if Balki & Amitabh will combine again for the fourth attempt! Meanwhile, the youngsters are expected to swarm the theatres for the opening of triangular love story Roy this Valentine’s weekend which has Arjun Rampal, Jacqueline Fernandez & Ranbir Kapoor in lead roles. In other news, Indians celebrated as India’s Ricky Kej won the Best New Age Album award at 57nth Annual Grammy Awards with South Africa’s flautist Wouter Kellerman and Neela Vaswani won the Best Children Album award for I Am Malala. KVP Entertainers & Kamal’s Video Palace wishes you all a very Happy Valentine’s Day as they present the ‘King Of Romantic Ballads’ Adnan Sami on Sunday, March 22nd @ Vancouver’s Queen Elizabeth Theatre for a Romantic Musical Evening and carrying on with the romantic theme, this week’s Yaadein features the Romantic Songs from the ‘Golden Era’ on Sunday, Feb.15th @ 1 PM on SMC # 116!