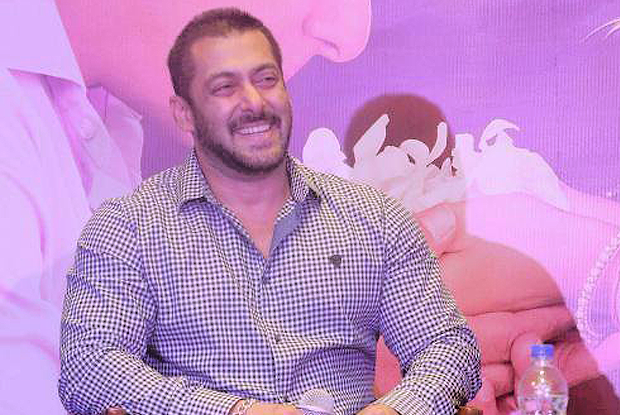 Mumbai, Dec 10 (IANS) Bollywood megastar Salman Khan was acquitted on Thursday by the Bombay High Court of all charges in the 2002 accident that killed a pavement dweller. After the verdict, Salman wiped away tears of relief as his overjoyed family flanked him.

Delivering the much-awaited verdict in a courtroom packed with journalists, Bollywood personalities and lawyers, Justice A.R. Joshi said the actor “cannot be convicted” on the basis of the evidences produced by the prosecution in the 13-year-old case and trial.

Accordingly, Salman’s conviction and five-year jail term on charges of – among others – “culpable homicide not amounting to murder” has been quashed and set aside by the court.

Salman, clad in a dark, checked shirt and jeans, heard out the verdict without emotions but was later seen wiping tears in the court. “I accept the decision with humility. I thank my family, friends and fans for their support and prayers,” he tweeted.

Salman’s apartment building was lit up with lights while admirers burst firecrackers outside.

The actor’s counsel Amit Desai reacted: “After 13 long years, the verdict is a big relief for Salman Khan. It is a full acquittal.”

In a guarded reaction, Maharashtra Chief Minister Devendra Fadnavis said the government will decide the further course of action after examining the verdict.

Justice Joshi said the “prosecution failed to establish the charges (against Salman) on all counts” and that “it failed to prove that Salman was drunk or driving” at the time of the accident which left a poor man sleeping on the pavement dead and four others injured.

However, the court rejected the defence contention that victim Nurullah Mahboob Khan died due to a crane crash and not due to the accident involving Salman, one of the highest paid actors in Bollywood.

“The prosecution has not proved the case beyond reasonable doubt, and the benefit of doubt goes in favour of the accused (Salman). Bearing in mind the above, the considered view of the court is that the prosecution has failed to establish the case on all charges,” the judge ruled.

Demolishing the police investigation, Justice Joshi’s judgment came on Salman’s appeal challenging his conviction and five-year sentence by the Sessions Court on May 6.

The court also raised questions on the manner in which the police probe was carried out, including the way the biological evidence was gathered and singer-actor Kamaal Khan was withheld as a witness.

It said the unreliable evidence of the first complainant and police bodyguard, the late Ravindra Patil, who was in the vehicle at the time of the accident, was ‘inadmissible’.

There was also lack of clarity whether the vehicle’s tyre burst before or after the accident.

The judge observed that courts should not get swayed “by popular beliefs that a person of this vocation or profession must have committed the offence.

“We have to go by the law of evidence, not by public/media pressure. According to criminal jurisprudence, it is the burden of the prosecution to prove the guilt.

“The Mumbai Sessions Court order is quashed and set aside, the criminal appeal is allowed. (Salman) is acquitted of all charges. The bail bond stands cancelled and any fine amount deposited has to be refunded, his passport must be returned and a Personal Bond must be executed,” Justice Joshi said.

Salman rushed to Mumbai from a shooting schedule in Karjat in adjacent Raigad district following the court’s directive to be present on Thursday.

Most family members, including his father and celebrated writer Salim Khan, sisters, brothers and aides flanked him when the judgment was pronounced.

Social media networks were abuzz with mixed reactions. Fans hailed the verdict and others trashed it.

The actor is battling another case involving the poaching of blackbuck in Jodhpur in Rajasthan in 1998. It is currently sub-judice.