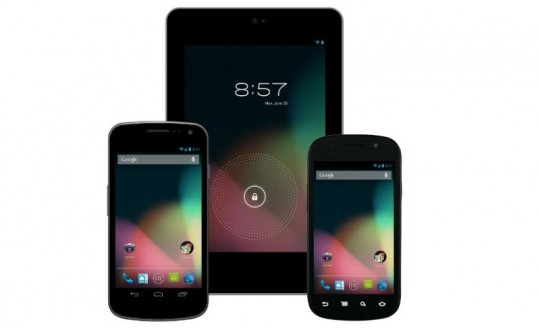 New York/ New Delhi, Dec 8 (IANS) While all the phones working on Android Operating System (OS) would wait for new Android 6.0.1 update, the Google Nexus devices will get over-the-air (OTA) update from Tuesday.

“We’re celebrating new emojis on #Nexus which start rolling out today!,” Google wrote on its Nexus Google+ page on Monday announcing the rollout to the devices.

The new Android 6.0.1 update has a bunch of new features listed on its website.

The first update is availability of “Contextual Assistance” on Tap — an artificial intelligence programme or machine learning programme uses the raw power of the search engine to show more info about the user’s search input.

It means that one can get assistance without having to leave what one is doing. A touch and hold on home button will allow the user to work on different things simultaneously.

The user can now have a dialogue with any of your apps that support the voice interaction service.

As far as updates to the battery are concerned, a feature “Doze” is introduced. This means that when your device is at rest, “Doze” automatically puts it into a sleep state to increase standby battery life.

“App Standby” enables the phone to insulate it from battery drain from seldom-used apps limiting their impact on battery life.

Android Marshmallow’s new update has also got some system usability improvements. App links enables installed apps to automatically handle their web URLs so you can jump right into the app, rather than the mobile website, as appropriate.

First introduced in Android 5.1 and then spiked out of Android 6.0, the “until next alarm” option for “Do Not Disturb” mode makes a comeback. This allows the user to switch over to the silent or priority notification mode until the next alarm.

Also, if someone calls you twice within 15 minutes, you can choose to allow the call to ring through while Do Not Disturb is enabled.

Probably the most interesting update, this version has incorporated more emojis in the keyboard. While some new emojis, like “hugging face” and “slightly smiling face” have been added, some, like the “poop” emoji, have been modified.

Android 6.0.1 also comes with a new Google Keyboard with a new tab layout. Now there are 10 tabs for emojis instead of seven, with “flags”, “sports” and “food” getting their own tabs.

Android 6.0.1 brings a small change for tablets to make navigation easier. The “back” and “home” buttons have been put on the left side, while the “overview” button is on the right.