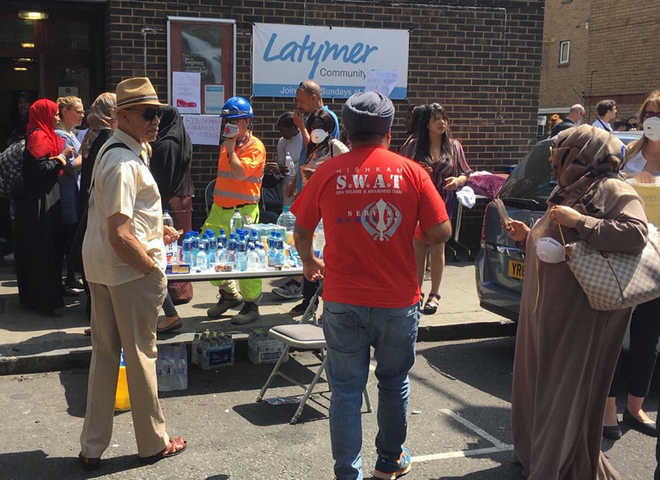 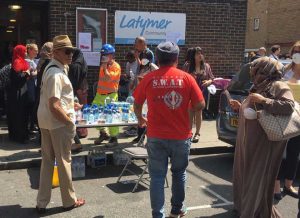 London: The Sikh community in London has opened its doors to survivors of the deadly Grenfell Tower fire that has left hundreds homeless.

“The evacuees only have what they’re wearing. We need to support them with spare necessities,” the Metro daily quoted him as saying.

The blaze in the tower block in the West London district of North Kensington on Wednesday has left 12 dead. Police say the toll is expected to rise.

Khalsa Aid, the Sikh disaster relief operation that brought comfort to Somerset Levels during the dreadful floods of 2014, was also helping people of the tower.

“We’ve only brought water for now, but the plan is to get our 24/7 breakfast operation up and running as soon as we can,” said graphics designer Gobind Singh, 33, the Daily Mail reported.

The Sikh community was also praised for helping people in the wake of the Manchester terror attack of May 22 that killed 22 people.

Muslims in the tower, awake at 1 a.m. due to Ramadan, acted as life-savers, alerting other residents and helping people to get out of the burning building, media reports said.

Twenty people badly burnt in the fire tragedy are fighting for their lives in hospitals.