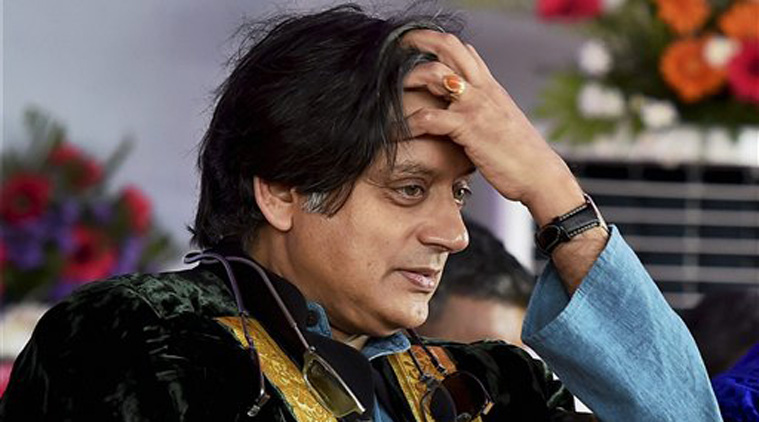 Tharoor reached the Vasant Vihar police station in south Delhi Monday evening – a few hours after he was issued a notice. The questioning lasted over four hours.

Police had constituted a special investigative team (SIT) to probe the murder after registering a FIR in the case Jan 1 this year. The FIR was filed based on Pushkar’s third autopsy report by the AIIMS medical board.

Police said that Tharoor’s statement was recorded under section 161 (examination of witnesses by police) of the Criminal Procedure Code.

Tharoor was called for questioning fist time in connection with his wife’s murder case.

He had reached the national capital Monday from Bengaluru, where he had gone to attend a school function. Landing at the Indira Gandhi International (IGI) airport around 2 p.m, he went to his house in Lodhi Estate area in central Delhi without answering questions from the media standing outside the airport.

The SIT has questioned at least 12 people, including Tharoor’s security staff members and domestic help, who were present in the hotel in south Delhi’s Leela Palace hotel when Pushkar was found dead in a hotel room.

Meanwhile, Delhi Police Commissioner B.S. Bassi, asked to comment on reports about then information and broadcasting minister Manish Tewari being present in the flight from Kerala Jan 15 on which the couple had a fight, said: “The possibility cannot be ruled out.”

He said the process of sending the viscera of Pushkar to the US for special investigation was on.