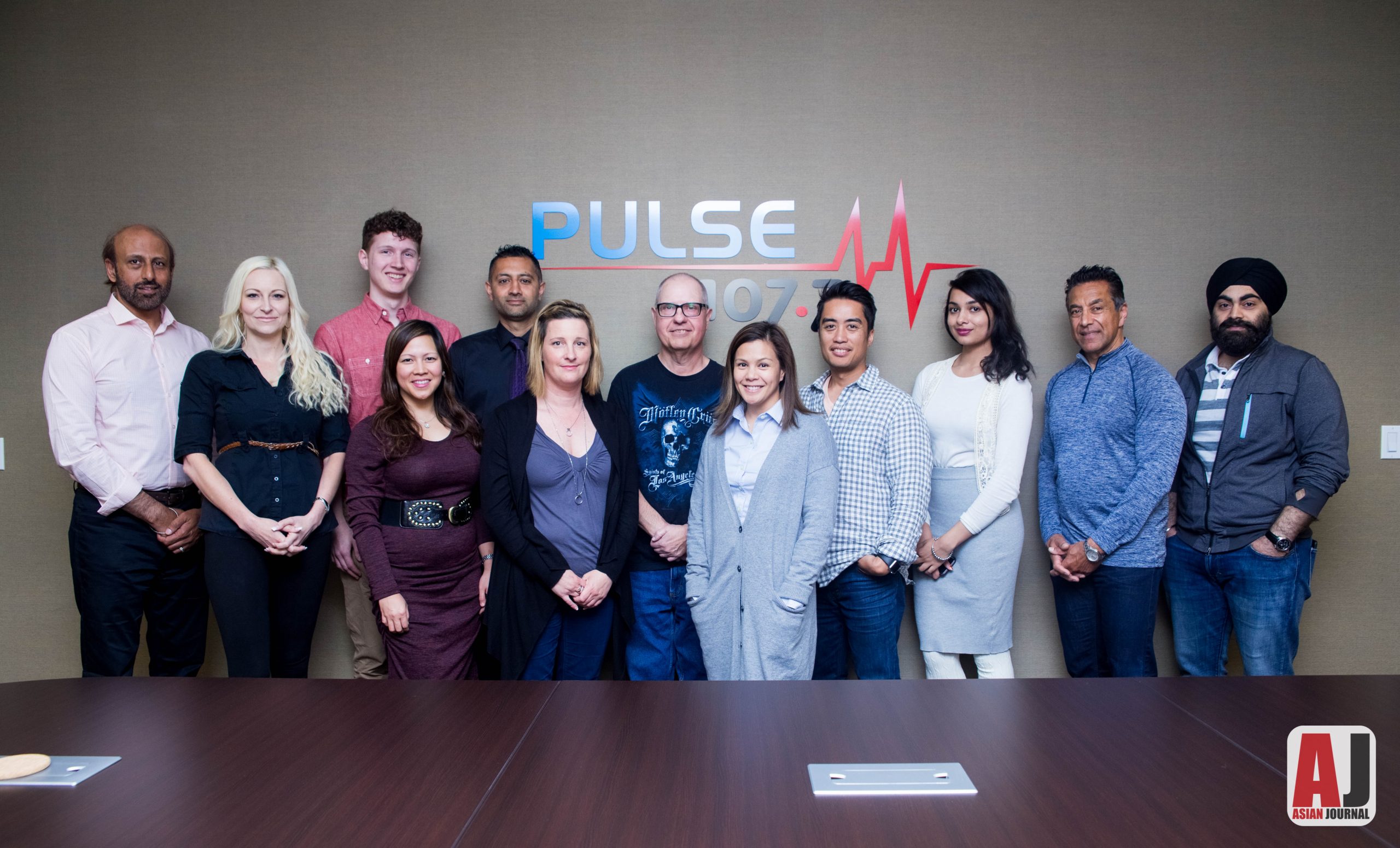 There’s a new FM signal, a new sound, and a new take on radio in the lower mainland. From studios at 152nd and Highway 10, it’s Pulse FM, a New Voice For the South Fraser.  The man at the helm is Sukhi Badh who has been involved in broadcasting for over fifteen years, including ethnic programming. He decided there was a need for a mainstream station of, by and about Surrey and the South Fraser region and began the process of getting a license.

“I started in ethnic broadcasting,” said Badh, “which was fine and dandy for a time. And it still is for certain people in the ethnic community, but there are a significant number of ethnics who don’t listen to ethnic radio. They are now predominantly mainstream listeners.”

“Unfortunately, ethnic radio builds walls,” Badh said. “What the Punjabi community is listening to on these stations means your mainstream English speaking community can’t understand.  Fifty-one per cent of Surrey doesn’t speak anything other than English, but 94% of Surrey understands and speaks English. So we know that if we could put together a mainstream English language station, everyone, South Asians, Chinese, Koreans, Vietnamese, Hispancs, Scots and Irish and so on, could participate in their local radio station. And that’s what we thought would be the key.”

About seven years ago, Sukhi and his associates in South Fraser Broadcasting identified Surrey as a market without a service of its own, and set out in 2010 to change that. It was a very competitive process with thirteen applications before the CRTC.

“We came through it with a license,” Badh said, “and after figuring out the antenna design, which was a real challenge, and working with City Hall, we went on air last December with a test signal, and although we reach most of the Valley, we are unapologetically Surrey-centric and South Fraser-centric.” 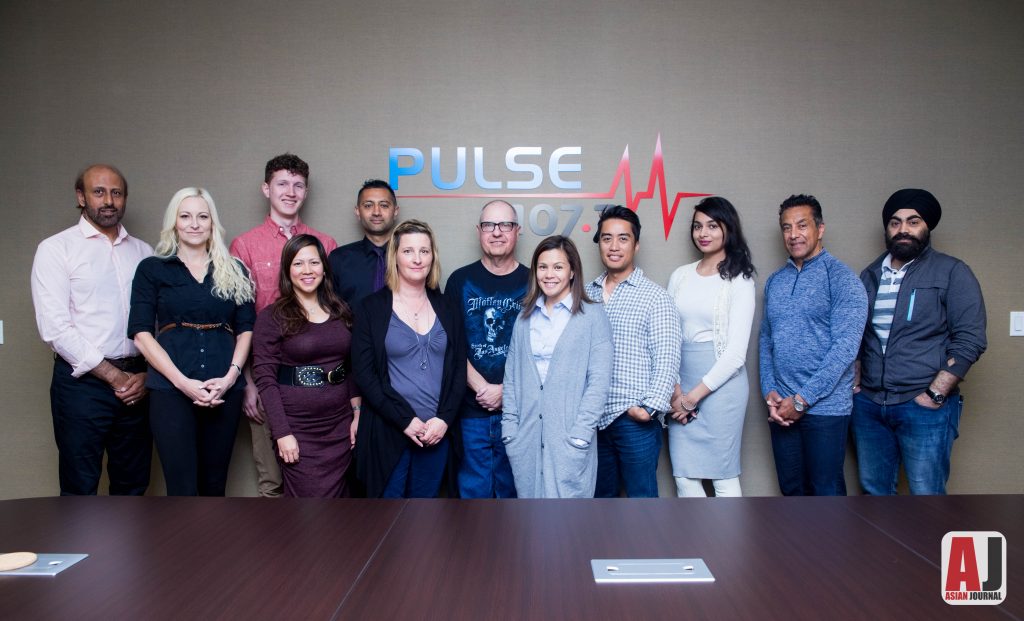 Finding the crew and the program magic

“Over the years I was able to meet many folks who proved very useful when it came time to staff our station,” Sukhi explained. “I was fortunate enough to work with Peter Fleming, who was the head of Radio at CRTC for a number of years and he introduced me to a lot of people in the business. Also, we just happened to hit the air when there were a number of cutbacks in mainstream radio and there was an abundance of talent available. The research told us what concept to use for the music.
The South Fraser really wanted a bit of the community social forum of a talk program. Kash Heed, is the man. He was an MLA, the Police Chief in West Vancouver and a Deputy Chief in the Vancouver Police force. We talked, and here he is.
I look at it as building a true team in any professional sports enterprise where you have some experience, some youth and some middle of the road personnel and that’s what we’ve done here.”

Although they’re on air 24 hours, the broadcast day starts at five a.m. with anchor, Terry Reid. The show is heavily music but also carries reports on what is happening around Surrey.

“Listening to the Vancouver stations, you have to wait to find out what’s happening on your route,” said Badh, “so we lead off with Surrey stories, Surrey traffic, Surrey News (on the hour and the half) and information from and about the whole South Fraser region first.”

The team includes pros in Leah Holiove and Tara Lopez, veterans like morning host Terry Reid, and afternoon host, Neil Morrison, who came from big radio in Vancouver. Jack Marion and Don Lehn are in the newsroom. The Kash Heed Show runs from 10 to 11, looking at South Fraser newsmakers whether the topic is political, social, economics, diet and fitness, cultural or light-hearted. The midday show with Leah runs from 11 to 3, Neil does the afternoon show from 3 to 7, Jane Johnston hosts the evening show and Gary Gosel takes the clock back to the morning show again.

The future in a crowded market

“We call it Pulse FM from the bridge to the borders,” said Badh “Once you cross the Fraser, it’s our territory. Our research and focus groups said that for us to be successful, we have to talk about Surrey first, Surrey second and Surrey always.”

“Right now I’m busy with the business,” Badh said. “We’re applying for a second FM license for Surrey.  The youth came up and said they really liked what we were doing but that it was missing the 3.0 generation, which is as English and as ‘white’ as they come. Still, they have this yearning to go back to their cultural roots. They want to listen to some World Beat music, whether it’s south Asian, Irish or what not. So I’ve been busy with that and we hope to hear positive news from the CRTC soon.”

Suki Badh said that having their own mainstream radio station is certainly a feather in the cap of the city that will soon be the biggest in the province.

“The big boys from Vancouver are large corporations based out of Toronto or Montreal,” Badh concluded. “They’re pretty much told what to do and what not to do, based out of their head offices. I think we can reflect the community better.  We’re old school radio, in the community where they can touch us, feel us and see us. We’re present, we’re everywhere south of the Fraser. Our people have a stake in the community. Ninety percent plus of our team lives here in Surrey, Delta or Langley.”