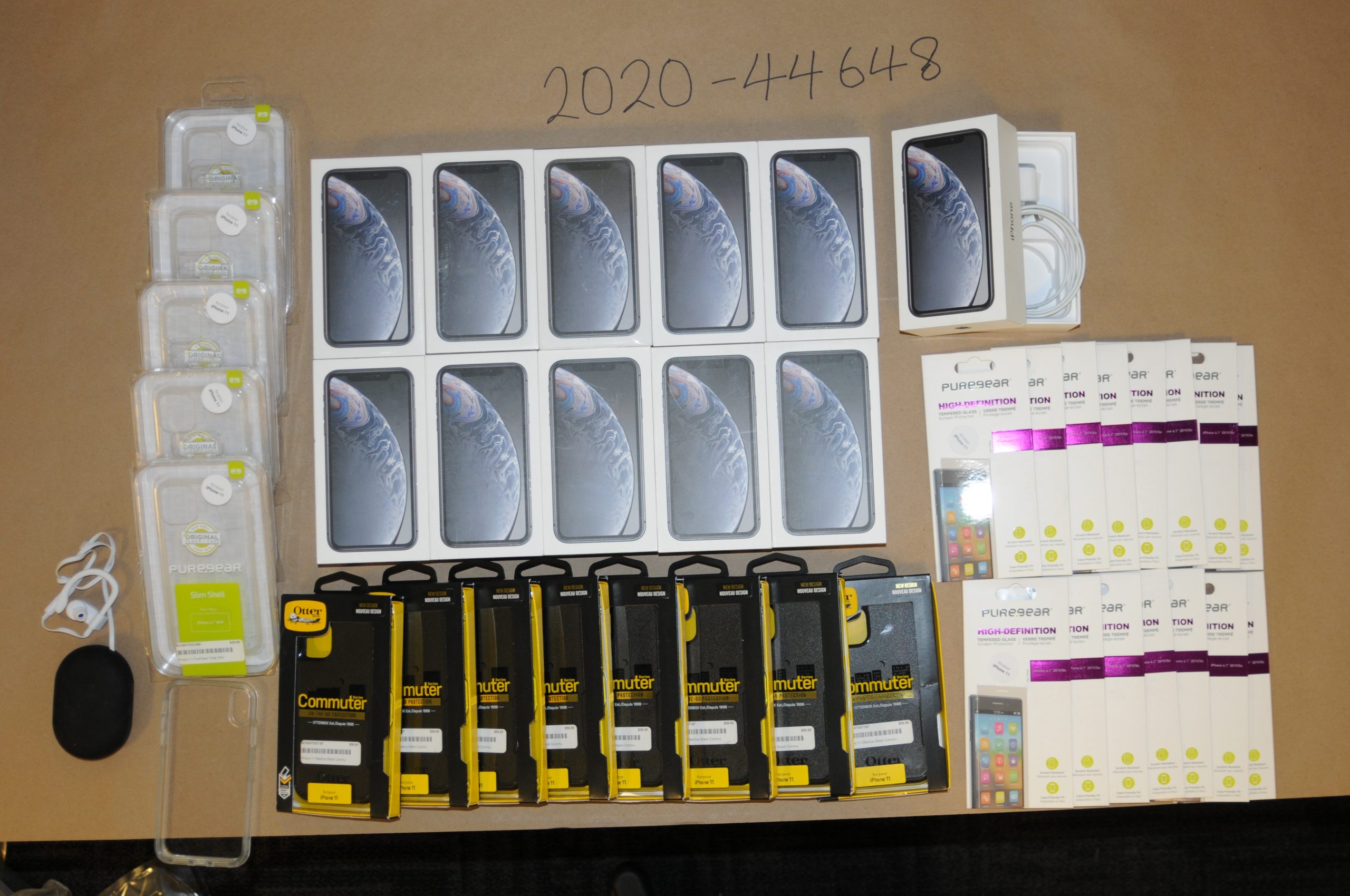 Approximately $14,000 worth of stolen cell phones have been recovered as a result of an investigation by the Surrey RCMP Property Crime Target Team.

The investigation began on March 24, 2020, after a local business owner reported that 25 cell phones were stolen from his vehicle.  On April 1, 2020, police received information that the stolen cell phones were being sold on Facebook Marketplace.

Further investigation culminated in the execution of a pair of search warrants: one at a local hotel, and the other for a vehicle. As a result, officers subsequently recovered 14 of the stolen cell phones.

Two suspects were detained at the hotel and have been released pending further investigation. No charges have been laid at this time.

“Although we successfully recovered 14 of the phones, it’s unfortunate that at this point the business owner is at a loss for the remaining 11 phones,” said Staff Sergeant Glenn Atkins. “There are individuals who seek to take advantage of unattended valuables. We’re reminding everyone to deter these types of thefts by not keeping any valuables in your vehicles.”

The Surrey RCMP always welcomes tips from the public regarding any suspicious or criminal activity. To make a report, you can reach us at 604-599-0502. You can also contact Crime Stoppers if you wish to remain anonymous, at 1-800-222-8477 or www.solvecrime.ca.