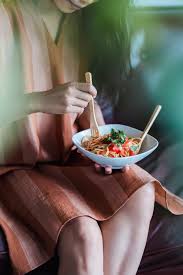 Saskatoon: Laurie O’Connor says more people in Saskatoon are struggling to get food for themselves and their families as prices in grocery stores rise out of reach.
“We are definitely seeing an increase and have been noticing that since January,” said O’Connor, executive director of the Saskatoon Food Bank and Learning Centre.
The majority of respondents in a Canada-wide survey released Monday said they are using coupons or hunting for sales to cope with increasing food costs. Nearly 20 per cent were also reducing meal sizes or skipping meals altogether in order to save money.
The survey by the Canadian Hub for Applied and Social Research at the University of Saskatchewan was conducted from Sept. 6 to Oct. 17. It asked 1,001 people about strategies to cope with increasing food costs.
Statistics Canada’s consumer price index report said while the country’s annual inflation rate dropped slightly to 6.9 per cent in September, the cost of groceries continued to climb. Grocery prices increased at the fastest rate since August 1981, with prices up 11.4 per cent compared to a year ago.
In adapting to the surging costs, most respondents in the survey said they have been cutting coupons. A majority _ almost 59 per cent _ were also decreasing their household food waste.
Fifty-four per cent also made meal plans to ensure they had adequate funds for food.
Troubling strategies were less common but still too prevalent, said Jessica McCutcheon, associate director of the research hub.
Just over 30 per cent of respondents said they were eating less healthy food because it was cheaper. Nearly five per cent had stolen food out of necessity, and about five per cent had used a food bank or community fridge.
A recent report from Food Banks Canada said there were nearly 1.5 million visits to food banks in March, a figure that was 15 per cent higher than the number of visits in the same month last year and 35 per cent higher than visits in March 2019, before the COVID-19 pandemic hit.
The survey said people in the Prairie provinces were much more likely to have used emergency measures for food.
“Alberta and Saskatchewan have some of the highest food bank usage rates across Canada,” McCutcheon said.
In Saskatoon, O’Connor said the numbers of people using the food bank are some of the highest staff have seen. There’s also a worrisome increase in the number of students and seniors coming in, she said.
The survey found young people, aged 18 to 34, were more likely to have used a food bank or community fridge. They were also less likely to feel that they could afford to eat a balanced diet. Those 35 to 54 were more likely to have used coupons or purchased sale items.
Quebec saw the starkest difference from the Prairies, as 95 per cent of respondents there said they could afford to eat a balanced diet.
“It could be because Quebec just has a more robust social security net with their policies,” said McCutcheon.
The survey asked about government strategies to deal with food insecurity. Most supported increased funds to community gardens, food banks and implementing a universal healthy school food program. And there was support for grocery subsidies for low-income households and government support for farmers and producers.
Most respondents _ just over 79 per cent _ supported an increase to the minimum wage in their provinces. However, there was opposition to strategies that saw an increase or creation of taxes.
People in Quebec said they were supportive of an increase to minimum wage, a tax on sugar and an increase in carbon emission penalties. Those on the Prairies were much more likely to oppose those taxes.
To deal with food insecurity, O’Connor said, you have to deal with the root causes of poverty. The Saskatoon food bank also has programs around education, employment strategies and filing taxes.
Finding work isn’t the only solution anymore, she added , because wages and assistance just aren’t meeting everyone’s needs.
“(A) number of folks who are working, maybe a minimum wage job or a couple of minimum wage jobs, are being forced to turn to food banks now,” she said.
Researchers said the survey had a 3.1 per cent margin of error, plus or minus, 19 times out of 20, nationally.