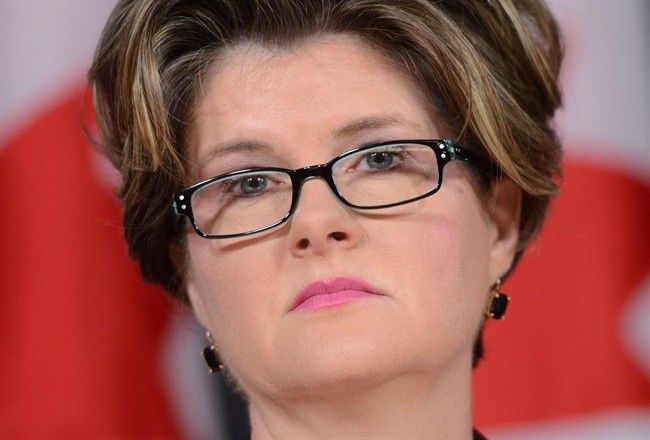 Ottawa: A Vancouver Island woman tearfully pleaded with Prime Minister Justin Trudeau Tuesday to call the president of Iran to secure the return of her four children to Canada, saying Iranian officials are ready to co-operate with Canadian authorities in the abduction case.

“Now is the time, I need leadership now,” Alison Azer told a news conference in Ottawa.

“My children can’t rescue themselves.”

Azer said her ex-husband, Saren Mahmudi-Azer, accused of abducting his children and shuttling them to the Middle East last August, was detained by authorities in Iran last month, but then released on bail.

The children, ranging in age from four to 11, were taken to Iran through war-torn Iraq following a lengthy and unsuccessful court battle to prevent her ex from travelling with them, she said.

When he failed to bring them back, a Canada-wide warrant was issued and a “red notice” posted by Interpol for the father’s arrest.

Before he allegedly abducted his children, Saren Azer was a well-known doctor on Vancouver Island.

He was once lauded by former Conservative cabinet minister Jason Kenney as a man “doing tremendous work” with Canada’s Kurdish community by helping Iraqi refugees. He was also featured in one of Stephen Harper’s 2015 promotional videos, where he thanked the former prime minister for extending Canada’s mission to battle Islamic extremists in Iraq.

The children’s mother met personally with Trudeau in May to ask for help, and she said the prime minister made clear the case was being taken seriously. Since then, however, the file has been “collecting dust” on the PM’s desk while authorities in Iran wait for Canada to act, she said.

“The Iranians have shown a willingness, and actions, as a result of Canada’s Interpol notice,” said Azer. “They are motivated to resolve this.”

In Montreal Tuesday, Trudeau said the Azer children were “a real preoccupation,” calling it a troubling consular case.

“We continue to be very closely involved, the RCMP, consular services and the government of Canada, to try and bring those kids home to safety,” he said.

But a request from the RCMP to communicate with Interpol Iran was blocked by senior Canadian government officials, Azer alleged.

“The minister must immediately explain why officials from his department prevented the RCMP from working to secure the return of these four Canadian children,” she said in a statement.

Dion’s department did not directly respond to the allegation Tuesday. A spokesperson said Canadian consular officials were “working closely” with authorities both at home and abroad, including law enforcement.

Early last month, Mounties on Vancouver Island said the children’s father contacted investigators and assured them the kids were safe.

But Azer said she believes her kids are in danger because of their father’s connections with an Iranian separatist group, known as the Kurdistan Democratic Party of Iran, which has for years advocated for Kurdish rights in Iran.

Iranian officials advised Azer, who divorced her husband in June 2014 and has full legal custody of the children in Canada, to seek custody of her children under Iranian law, and she has retained a lawyer in Iran to do just that, she said.

She is considering travelling to Iran herself, although it was unclear Tuesday whether that would be necessary or practical, said Azer.

“I’ll do whatever it takes to bring my children home.”