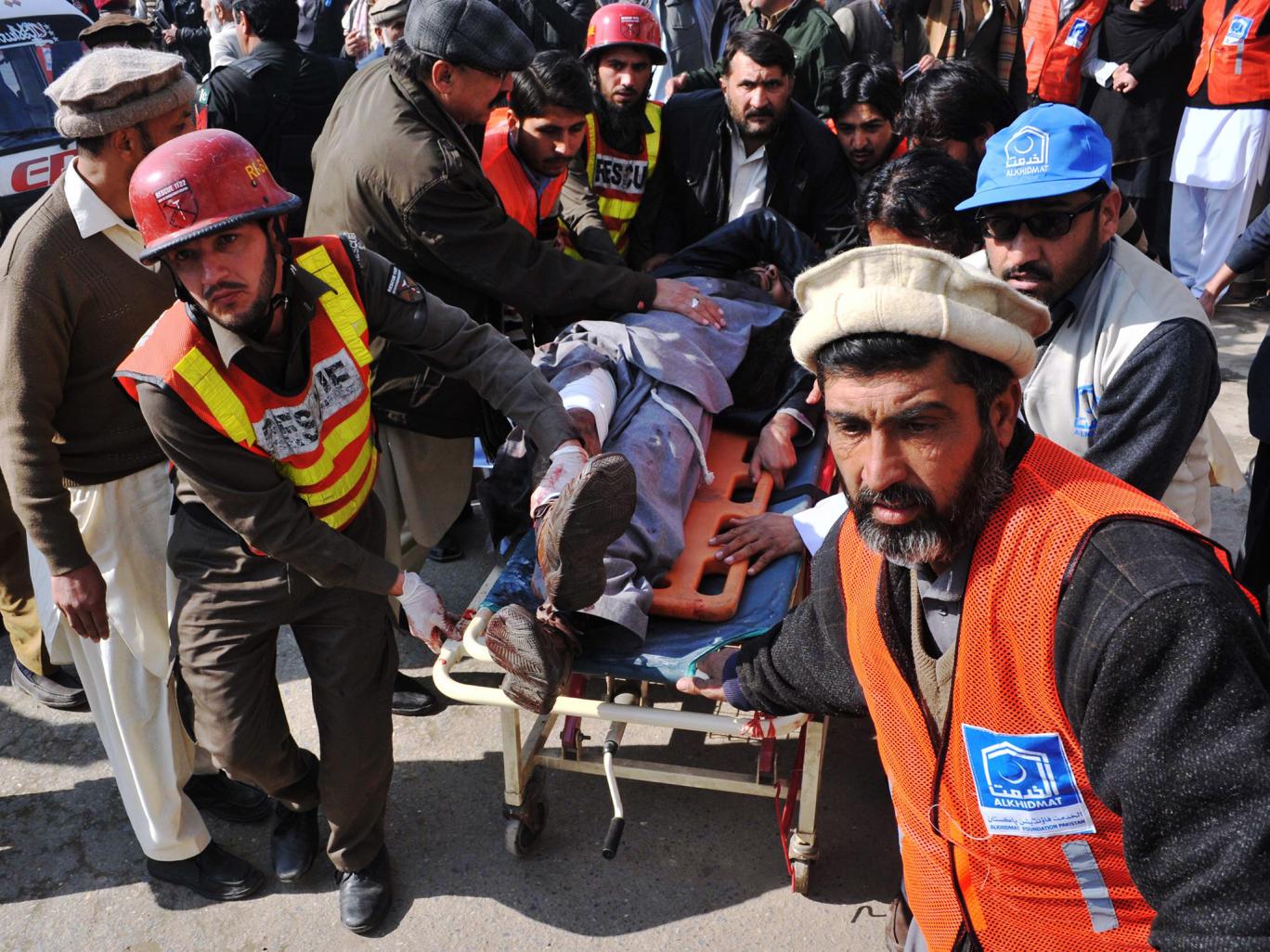 Peshawar, Jan 20 (IANS) Ayat Ibrahim was entering the South Block of the Bacha Khan University on Wednesday morning when she heard the first of the gunshots and huge blasts.

Initially, the student, in her late 20s, had no idea that the university, named after the iconic Khan Abdul Ghaffar Khan, was under terrorist attack.

It took only a few seconds for Ibrahim to realise the horrific truth.

“I saw people screaming and running here and there, and people sprawled on the ground,” the traumatized student told IANS in a telephonic interview from Peshawar.

Authorities would later blame the carnage that left 20 people, including students, dead on the Tehreek-e-Taliban Pakistan (TTP), which is at war with the Pakistani state. The TTP too claimed responsibility.

“I couldn’t understand what was going on… And I could not see my friend who I had come to see,” she said.

The attackers, four in all, opened indiscriminate fire at anyone and everyone they came across. They also hurled grenades, killing or wounding those trying to escape the bloodbath.

There were some 3,000 students and staff in the university at the time of the attack besides about 600 guests.

They had gathered in the campus for a poetry recital to commemorate the anniversary of Khan Abdul Ghaffar Khan, popularly known as Bacha Khan.

Ibrahim was stunned but did what many other students did at the spur of the moment – she ran towards the university buses parked in the vicinity.

As the buses began to fill up, the drivers drove away the vehicles out of the campus at top speed, saving numerous lives.

Ibrahim told IANS that she had no idea how many people had been killed. But she guessed it would be a large number.

Soldiers rushed to the university and engaged the terrorists, triggering gun battles that lasted over five hours.

They managed to kill all four attackers. But by then, the university — set up in July 2012 — was badly battered with 20 students, academics and other employees dead and dozens wounded.