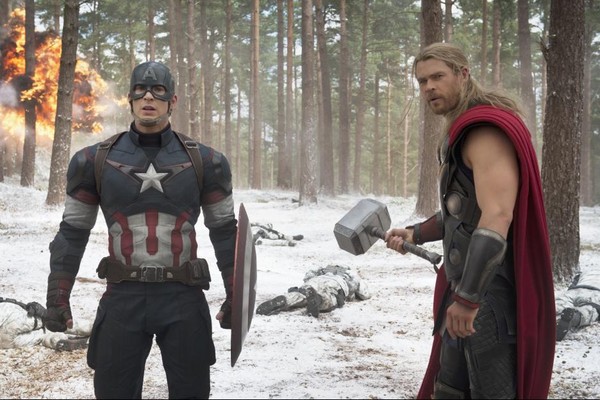 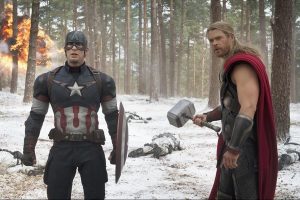 Lofty ambitions can be hard to realize. Efforts at peace backfire sending a group of superheroes into harm’s way in Avengers: Age of Ultron. Spectacular storytelling and superior special effects rule the day in this Disney event now thrilling patrons at Cineplex Odeon arenas across B.C.
Don’t take Tony Stark for granted. Just like the actor, Robert Downey Jr. Who portrays the maverick industrialist, this rogue is a humanitarian wanting to give something back. When an experiment involving a peaceful robot goes adrift it’s time Stark and his super hero allies join forces to stop a madman/mad entity out to rule world.
Leave it to director/writer Joss Whedon and the suits at Marvel to wisely rope in fan favourites like Black Widow, Thor, Captain America, the Hulk and a few others to engage a demonic robotic man of doom known as Ultron. Cunning television superstar James Spader brings all his Raymond Reddington famed nuances to life as the battle is joined. Non- stop action and the brilliant inclusion of a pair of German twins with special abilities all their own turn Avengers: Age of Ulton a whalE of a good time. Quips fly fast and hard as you sense the warmth these characters feel for one another. So will you. And stick around for the end credits for hints at what’s to come.
Avengers: Age of Ultron (PG) ***