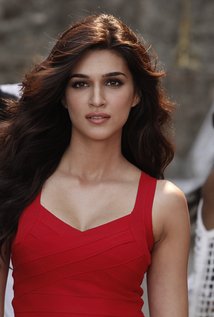 New Delhi: Actress Kriti Sanon, who featured in some of the biggest hits of 2017 but also experienced a few disappointments, says that failures make her realise the value of success and keeps her grounded.

“I think when you go through a failure, you also realise the value of success and it also somewhere keeps you grounded,” Kriti told IANS in an e-mail interview when asked how she coped with the bad times in her life.

“It also gives you a reality check — that there are going to be ups and downs in life and it’s not going to be smooth always; but as long as you’re doing what you believe in, you’re doing things for a right reason. I’m taking up a film because I genuinely love it or genuinely want to work with those people, or I love the character — as long as I’m true to that, it doesn’t matter.

“I feel successes and failures are easily forgotten and you move out of it… what you learn in the process is much more important,” added the actress, whose films “Dilwale” and “Raabta” did not do great business at the box-office, but whose “Barelli Ki Barfi” was a roaring success.

“There are too many people around who will try to pull you down. Who will try to discourage you and tell you it’s too big a dream and you can’t do it… but I think you need to have a filter and constantly remind yourself how much you love doing what you do so that you never give up on hope,” she said.

Kriti is currently a part of Parachute Jasmine’s “Love Jatao, Shine Jagao” campaign which intends to make people realise that when you invest in something and show love to it, it shines — be it your talent or your hair.

“I think this campaign is actually something I completely believe in and that has been my motto in life — ‘to love jatao’ to your talent and, if you really want to achieve something in life, it will eventually blossom and get you there,” said Kriti, who made her Bollywood debut with “Heropanti” in 2014.

Talking about the hurdles that she faced in making it big in the industry, she said the main thing was the “mental hurdle”.

“It was all about insecurities… about having a safe career. And me being a good student and all… to leave the job offers and go into an industry which was so uncertain, where so many people are trying out their luck,” said Kriti.

“So, I guess the first hurdle was to believe in myself; that I could do it and I really wanted to do it. While I was modelling and doing TV commercials, I realised that I could act and that I enjoyed doing that. So, I wanted to give it a chance and go ahead with what my heart wanted to do.”

So what has been her shine mantra?

“I think I’ll say my shine mantra has been giving all my heart and expressing love for whatever I do in life… and putting in my 200 per cent, and also enjoying the process.

“I think it’s very important to enjoy what you’re doing and ensure you invest in your talent because when you are happy doing what you do, you give it a lot more and you gain a lot more from it,” said Kriti.