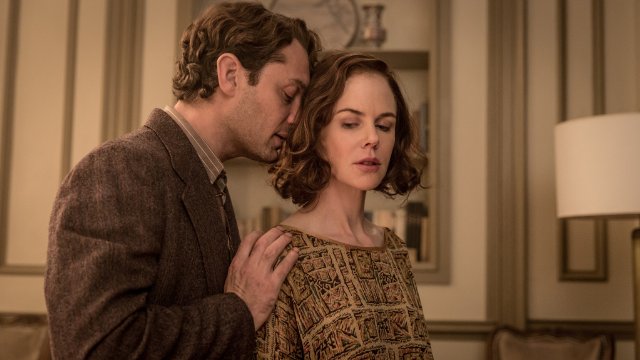 Some say the British make the best actors. And writers with English heritages aren’t that bad either. Trust a European to play an American writer in heady New York back in 1929.  See quite the transformation depicting perhaps the writer of the century in Genius. Indeed, this smart film from Elevation Pictures is a cut above most tales about a writer. Enjoy this encounter at the Fifth Avenue Cinemas.

Every writer Ned’s a good editor and Thomas Wolfe is no exception to this golden rule. British transplant Jude Law rules the day as the flamboyant scribe who gets a lucky break when he meets the right man at the right time. The go to man at leading publisher Scribner Sons is the quiet and collected Max Perkins. Oscar winning Colin Firth navigates this man’s troubled relationship with the loose cannon Wolfe flawlessly.

Superb casting and a deft screenplay from James Bond scripted John Logan turns Genius into an outstanding look at how two men of different ages manage to connect. Together these two become immensely successful which clouds the already stormy weather brewing between playboy Wolfe and his thespian wife played to the hilt by Nicole Kidman.

Exceptional acting with Law looking at an Oscar nod make a Genius a no brainer worth reviewing in your own first hand.