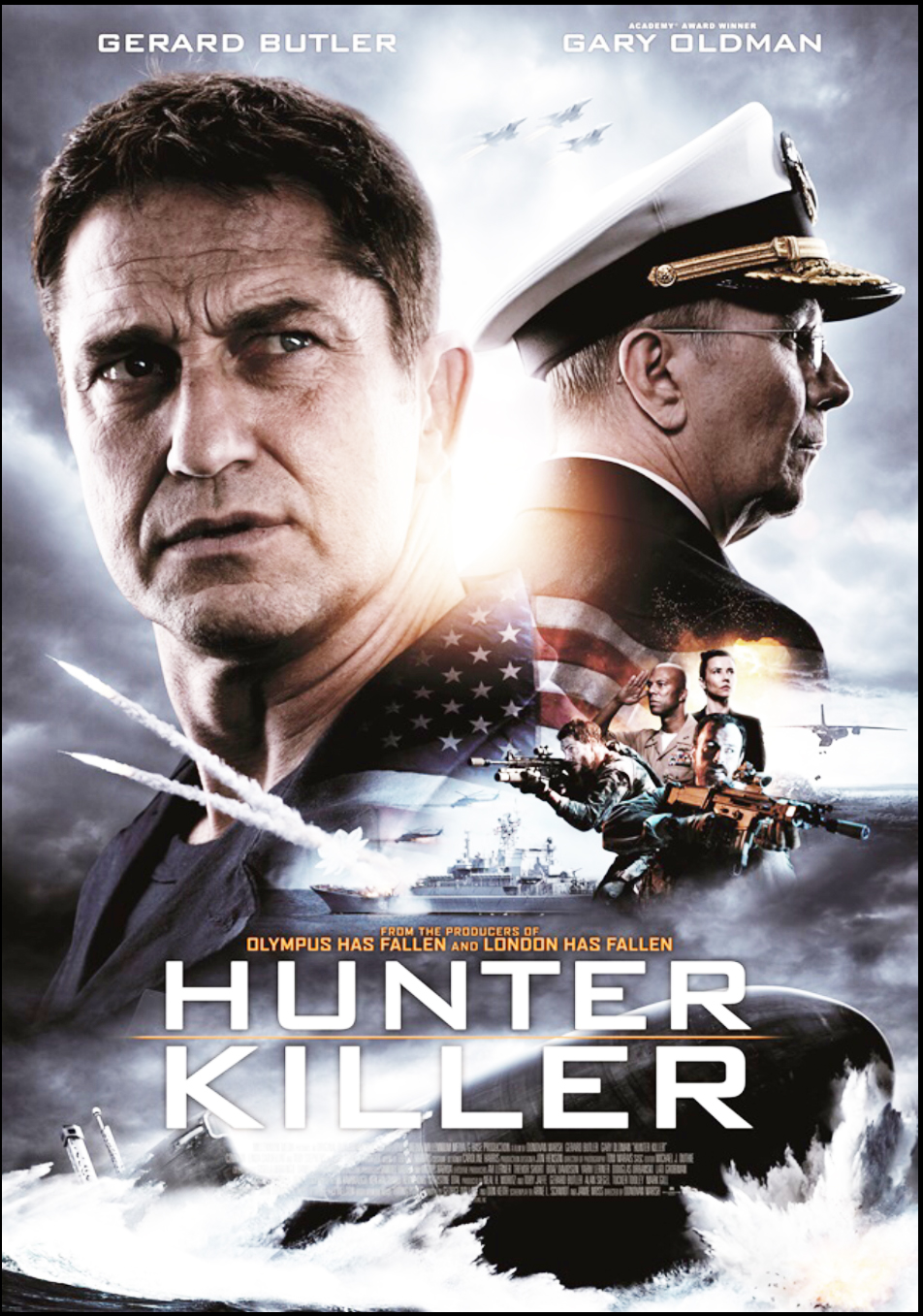 Sub Zero is the name of a famous appliance brand. Getting back to reality some subs submerged are headed on a collision course in the just released Hunter Killer. Swim on down to your neighborhood Cineplex Cinema across B.C. To get in on the excitement. And excitement is the order of the day in this thriller.

All hands-on deck. Trouble surfaces when a sub or two goes missing. Send in the Marines or the Soviet Fleet. Two superpowers on a collision course serve up loads of excitement in this two hour tour de force. Tension abounds in this modern-day cold war adventure when the stakes are sky high.

Cool as a cucumber under pressure is Gerald Butler who lends all that sense of dignity, composure and steadfast resolve as the American skipper commanding a vessel directly in the sights of a demagogue runaway Russian leader. It’s a tug of war fight to the finish under the sea that will have you on edge and unnerved throughout.

Brave souls spill blood and water as the tension ramps up in this sea-laden thriller that works through the effortless direction of helmsman Donovan Marsh.