Asian Journal
Home News India, US to work together for world peace: Modi 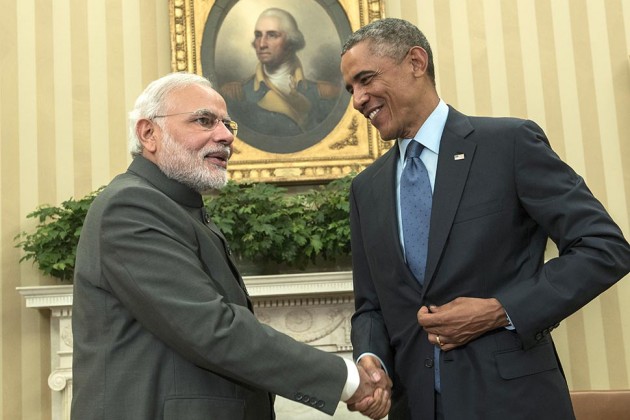 Washington: Prime Minister Narendra Modi on Tuesday said India and the US will work together for peace and security in the world as US President Barack Obama stressed that wider cooperation between the two major democracies of the world will be helpful for developing countries.
“India has made a name for itself as the fastest growing economy in the world,” Modi said in a joint address to media with Obama following bilateral talks in the Oval Office of the White House.
“We (India and the US) will work together for the world’s peace and security,” the Prime Minister said.
He said the two sides discussed a range of issues of cooperation from business and technology to governance.
“India and the US have been cooperating on global issues such as nuclear security, global warming and terrorism,” Modi said.
He also thanked Obama for his support to India’s membership in the Missile Technology Control Regime (MTCR) and the Nuclear Suppliers Group (NSG).
Obama said India and the US were the largest democracies in the world.
“Our wider cooperation will be helpful for developing countries of the world,” he said.
“India is a young country and and we are aware of the talent it has. We will continue to work together in the future too.
This is be the seventh meeting between Modi and Obama as Prime Minister and President.
Modi arrived here on Monday from Switzerland on his second bilateral visit to the US after his trip in September, 2014. Prior to Switzerland, he visited Afghanistan and Qatar.
The Prime Minister is visiting the US at the invitation of Obama, who in the last year of his presidency is inviting a few world leaders with whom he shared a “close and productive working relationship”.