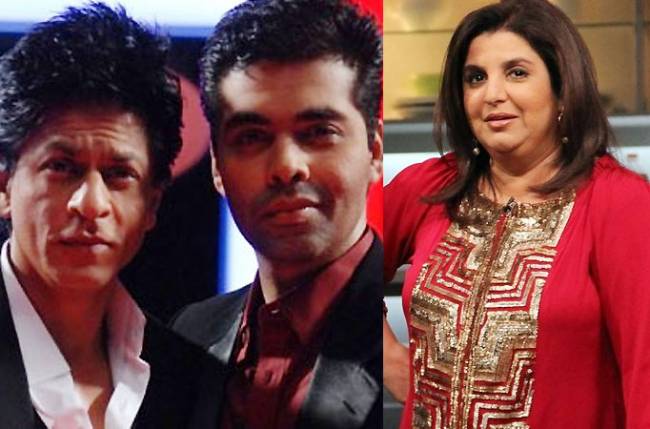 Mumbai, Nov 20 (IANS) Bollywood superstar Shah Rukh Khan says his friends and filmmakers Karan Johar and Farah Khan are “such wannabe actors” as they are always keen to be in front of the camera rather than behind it.

Karan, who has directed Shah Rukh in most of his directorial ventures, got nostalgic when he saw Shah Rukh and Kajol’s magical romance in the song “Gerua” from their forthcoming release “Dilwale”. After watching the song, he recalled the days of shooting popular romantic track “Suraj hua madham” with the actors for his 2001 film “Kabhi Khushi Kabhie Gham…”.

“Seeing the stunning and exotically executed #gerua bought back so many memories!! @TheFarahKhan @iamsrk,” Karan posted on Twitter.

Karan even posted a photograph from the set, where he and Farah can be seen getting clicked by the “Chennai Express” actor.

Looking at that, Shah Rukh posted on the micro-blogging site that Farah and Karan have always been keen to stand in front of the camera.

“You two were even then more keen to be in front of the camera rather than behind it. Such wannabe actors you both are,” Shah Rukh tweeted.

Karan and Farah have never shied away from facing the camera.

Meanwhile, “Dilwale”, which has been directed by Rohit Shetty, is slated to release on December 18.

The film also stars Kajol, Varun Dhawan and Kriti Sanon among others.