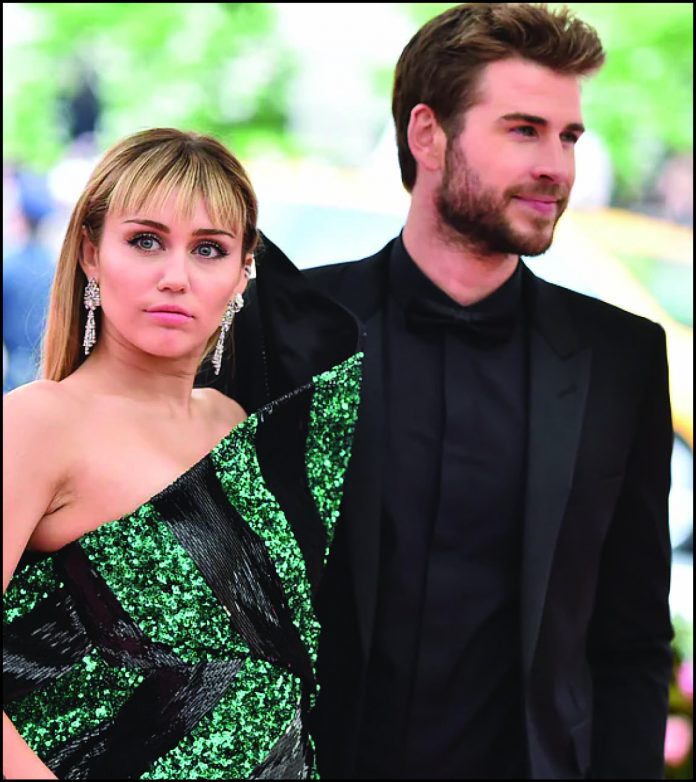 Los Angeles: Pop singer Miley Cyrus, who was married to actor Liam Hemsworth, during her performance at Lollapalooza festival in Brazil briefly mentioned the matter while helping a couple get engaged at her concert.
According to Daily Mail, the ‘Malibu’ singer brought a gay couple on stage for their proposal, reports aceshowbiz.com.
“Honey, I hope your marriage goes better than mine,” the daughter of Billy Ray Cyrus congratulated the pair, before adding, “Mine was a f**king disaster.”
Cyrus and ‘The Hunger Games’ star were first linked in 2008 after they both starred in the film ‘The Last Song’.
The then-couple later got engaged in 2012, only to break up the following year. They, however, managed to rekindle their romance in 2015 and eventually get married in December 2018.
Unfortunately, their marriage didn’t last for more than a year as she was photographed kissing Brody Jenner’s ex Kaitlynn Carter.