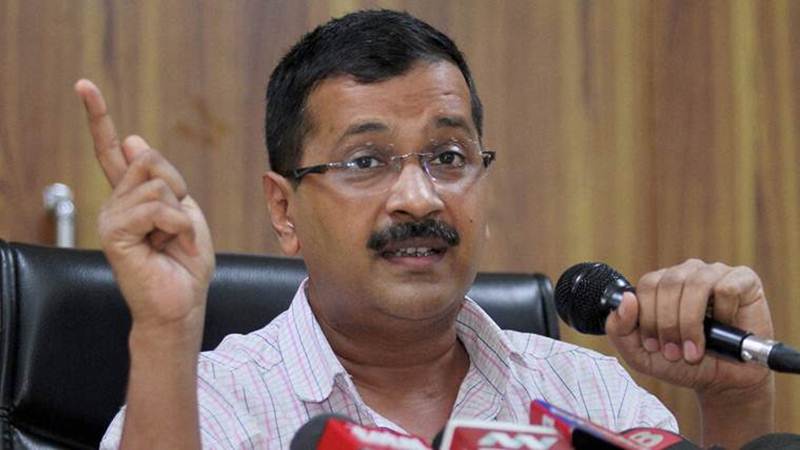 New Delhi: Calling Narendra Modi and Amit Shah the “biggest threat to the country”, AAP chief Arvind Kejriwal on Monday said if the BJP came to power again in 2019, it will change the Constitution to do away with elections.

Addressing party volunteers over the upcoming Lok Sabha polls, the Delhi Chief Minister also said that the need of the hour was to come together and save the nation, adding that the party members must go door to door and expose the BJP’s gameplan.

Speaking on the occasion, AAP leader Gopal Rai said: “The Congress has no presence in Delhi. Only AAP is capable of defeating the BJP in the upcoming elections.”

Kejriwal, in his speech, compared the BJP’s rule to that of Hitler.

“The Modi-Shah pair is the biggest threat to the country. Shah recently declared in a rally that if the BJP wins in 2019, they’ll stay in power for another 50 years. This is part of the BJP’s scheme.

The AAP Lok Sabha in-charge of North-East Delhi, Dilip Pandey, said that the atmosphere in Delhi clearly indicated that the Aam Aadmi Party was set to win all the seven Lok Sabha seats.

“But that doesn’t mean we can take it easy. Rather we need to double our efforts to save the nation from the dictatorial attitude of Modi and Shah,” he said, referring to the Prime Minister and the BJP President.

The next two months leading to the elections, Pandey said, were equivalent to war for the party.

“This is no time to relax but to get going and contribute as much as we can for the Lok Sabha elections. Each one of us has the responsibility to save our country and our Constitution from the dictatorship of Modi and Shah,” he said.