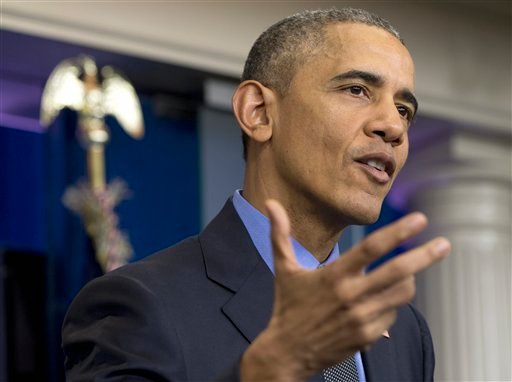 Washington: Former US President Barack Obama criticized the decision made on Tuesday by President Donald Trump to pull the United States out of the 2015 Iran nuclear deal, calling the move a “serious mistake”.

“I believe that the decision to put the JCPOA (Joint Comprehensive Plan of Action) at risk without any Iranian violation of the deal is a serious mistake,” Obama said in a statement soon after Trump announced his decision to withdraw from the agreement.

The former President said that the decision to pull the US out of the nuclear deal, signed with Iran, Russia, China, France the United Kingdom and Germany, was “misguided” and that it “turns our back on America’s closest allies.”

“The consistent flouting of agreements that our country is a party to risks eroding America’s credibility, and puts us at odds with the world’s major powers,” Obama said.

Countering Trump’s criticisms of the JCPOA, Obama said that the agreement “is working,” since it has “significantly rolled back” Iran’s nuclear program.

The JCPOA strictly limits Iran’s capabilities to produce nuclear weapons in exchange for the lifting of international sanctions.

Obama added that, according to US intelligence agencies, Iran “is meeting its responsibilities under the deal” and that pulling the United States out of the agreement could undermine it and “trigger an arms race.”

Trump announced earlier Tuesday not only that he was pulling out of the Iran nuclear deal, but that he would reinstate sanctions, saying there was “definite proof” that Tehran had lied about only wanting a peaceful nuclear energy program.

The Treasury Department said that these sanctions would be reinstated after foreign companies wind down their contracts with Iran over 90-day and 180-day periods.