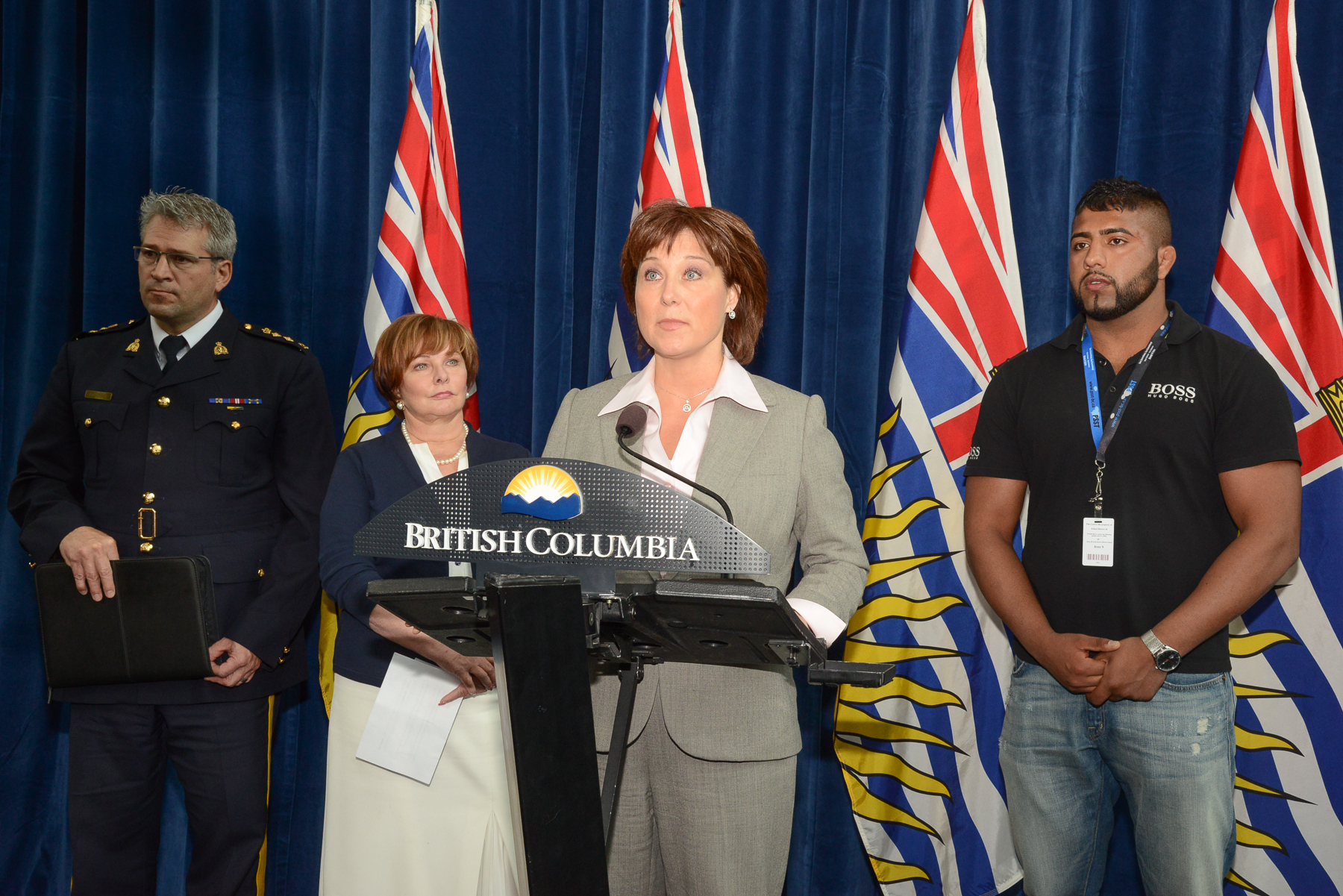 By Ray Hudson
Surrey: Premier Christy Clark, has announced a one-time funding boost of $270 thousand to bolster the very effective Wrap (short for Wraparound) Program to deflect youth at risk, aged 11 to 17, from falling into the gang involvement. The announcement was intended to reduce what the Premier described as a “current waitlist by half and supports to students and families already in the program.”


As part of a response to the rash of gun violence in Surrey, almost two dozen shootings and stabbings and one murder since March, Clark’s announcement is expected to support an additional 15 to 20 individuals in the program launched by the City of Surrey, the Surrey School District and the local RCMP in 2009.
On hand for hand for the announcement was Mayor Linda Hepner, Chief Superintendent Bill Fordy, who heads up Surrey’s RCMP Detachment, and Jesse Sahota, a Safe Schools Youth Worker with the Surrey School District, himself a product of intervention during his school years.
The program was discussed at last week’s forum before over 700 people at Tamanawis School.
The program’s overall goal is to help at-risk youth between 11 and 17 to build positive lifestyles and self worth through a stronger connection to their school, family, community and peers, and are referred to the program by a variety of sources including Surrey schools, police officers, youth probation and other community agencies, and has seen 500 referrals since its startup. Currently Wrap is serving 60 youth in the district.
The Wrap program is credited with dramatically reducing the gang activity in Surrey and the results show a direct cost benefit to the police and community. An independent evaluation showed the average participant saw their negative police contacts decrease by 66% while the control group the waitlist, saw their negative police contacts increase by 20%.
In addition to this initiative, Mayor Hepner’s requested 30 additional officers had been approved by the province and the federal government. In addition, the Premier said Surrey’s request for 100 additional officers still needed federal approval.
As well, the Mayor announced that, at the council meeting Monday evening, the city government approved the position of General Manager of Public Safety, announcing that recruiting for the position will begin shortly.