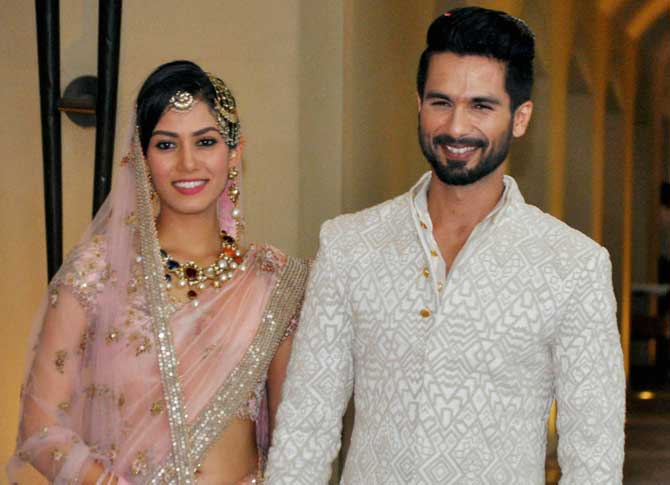 Mumbai: Bollywood actor Shahid Kapoor and his wife Mira Rajput on Wednesday became parents again as they welcomed a son at a hospital here.

They had daughter Misha in 2016. The boy was born on Wednesday evening at the Hinduja Hospital here, a source told IANS.

Mira was admitted to the hospital in the evening and her mother Bela Rajput and other family members like Shahid’s mother Neelima Azim, Shahid’s step-brother and actor Ishan Khatter visited Mira before the baby’s delivery.

Shahid and Mira got married on July 6, 2015. Theirs was an arranged match, and they have grown to be one of the most talked about couples of Bollywood.

Earlier this year, Shahid disclosed the news of Mira’s second pregnancy via social media on Instagram.

Despite his busy schedule of promoting his upcoming film “Batti Gul Meter Chalu”, Shahid has been managing to spend some quality time w ith Mira in the past few days.