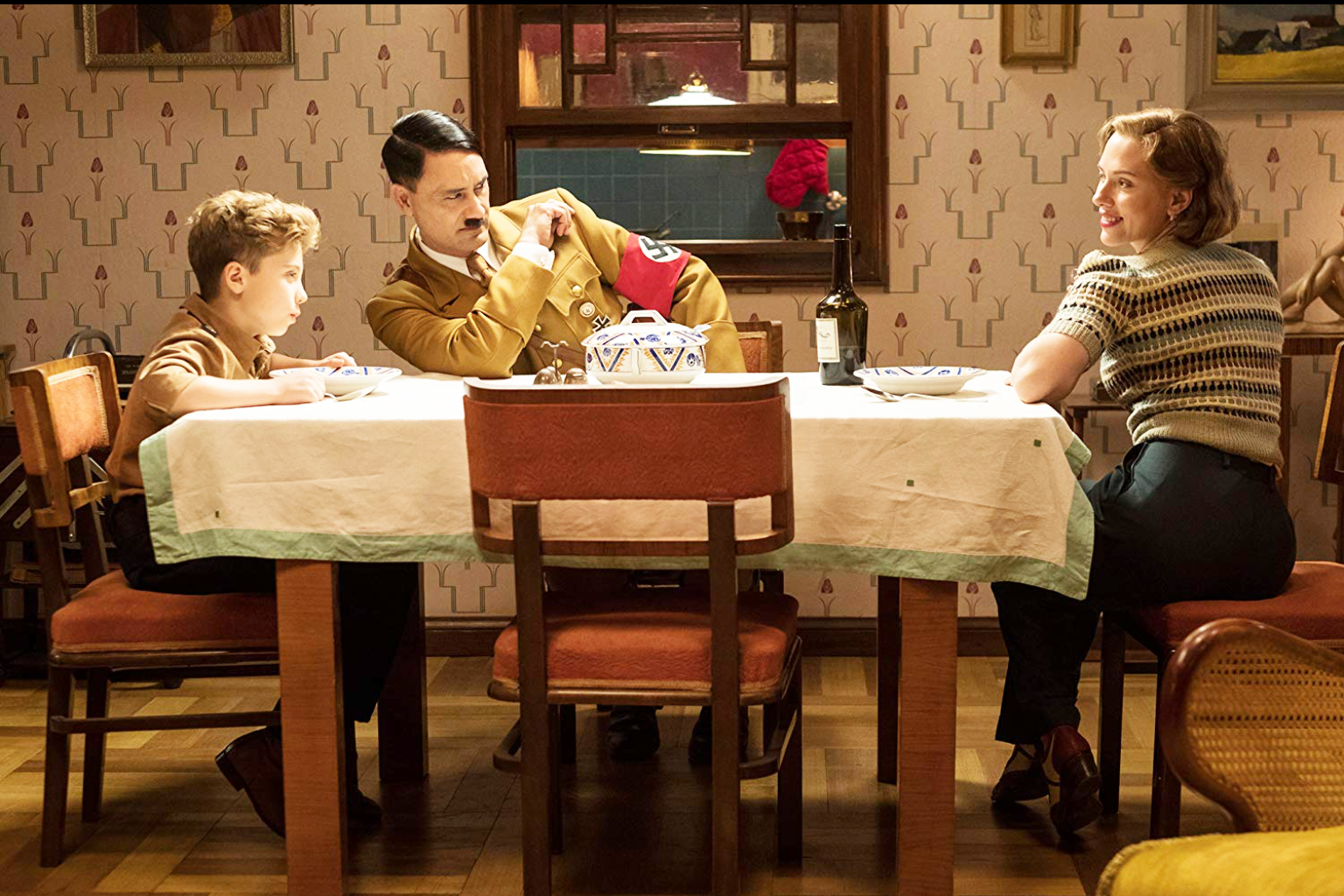 War is hell. See the ultimate symbol of hate get his just dessert in Jojo Rabbit. Wildly flambouyant this gut wrenching not so subtle dark comedy from Fox Searchlight Pictures pushes all the right buttons. Hot off it’s triumphant run at this year’s Vancouver International Film Festival this must see movie is now spellbinding audiences at the International Village Cinemas and Cineplex Cinemas Langley.
Who would have thought a director from the world of Marvel superhero movies could pull off a complete change of course. Star-making Director Taiko Waititi leaves Thor’s hammer behind to wrestle with none other than certified real life madman Adolph Hitler. Set in world war 2 Jojo Rabbit follows the plight of Aryan star in the making Jojo Betzler. In a star-making break-out performance Roman  Griffin Davis turns up the heat as a shy raw recruit hoping to be a star convert to the Nazi cause.
Where Jojo really picks up speed is the interaction the lad has with the actual leader of Germany, Herr Hitler himself. Smooth as silk and over the top is director Waikiki whose delivery as Adolph is hilarious. Great writing that focuses on the horrors engulfing Germany and its Jewish citizens is searing. Great performances from Amongst others Sam Rockwell and Scarlett Johansson further solidify this smart black comedy.
News of a secret resident living in the Betzler household further Ramps up the fear that fuels this reign of terror. Through it all somehow Jojo maintains his sanity. Even a degree of humanity shines through in this monstrous society giving hope and possibly a touch of tolerance and redemption in an otherwise bleak existence.
Sincere and heroic Jojo Rabbit  is an excellent movie, one of the best of any year and it also serves as a wonderful teaching moment on the culture of hate, its dangers, and effective  ways to combat this scourge. Truly a must see film.