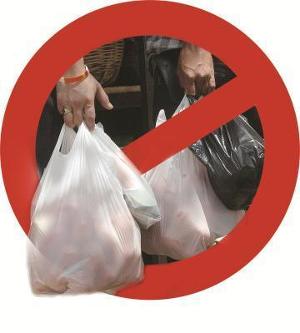 The eco-friendly substance, developed from seaweed extracts, has the potential to substitute plastic in applications like packaging material and ropes and thereby reduce dependency on fossil fuels for production of plastic products, the scientists say.
“The building blocks of plastics and synthetics, we use every day are mostly derived from fossil oils or crude oils,” Pushpito Ghosh, a professor of chemical engineering at Mumbai’s Institute of Chemical Technology, told IANS on the phone.
“Using materials derived from renewable natural sources such as seaweeds on a large scale, could help reduce dependency on finite fossil fuel reserves,” said the former director of the CSIR-Central Salt and Marine Chemicals Research Institute and one of the study authors.
He was the director when the research began.
The researchers used extracts of three seaweed species cultivated in India and treated it with a common industrial chemical called vinyl acetate to make it water repellent.
The intention was to fabricate ropes from this partly-synthetic and partly-natural substance and replace the nylon ropes used in seaweed farming in marine waters.
But there is more to the achievement than just biodegradable ropes.
“It could replace plastic in many ways, such as in packaging material, ropes for drying clothes, bag handles and other home decor items when produced on a large scale,” Ramavatar Meena, a senior scientist at the institute, told IANS on the phone.
Seaweeds, which are marine plants, are known as super foods for their high nutrient content.
A source of industrially important gums and gelling or thickening agents, they grow naturally along the coast of Gujarat, Tamil Nadu, Kerala, Maharashtra and the Andaman and Nicobar Islands.
“The rope made from seaweed extracts lasted over 45 days in the field and over six months in sea water under laboratory conditions. On the other hand, it degraded on being buryied in the soil,” Meena said.
Although the vinyl acetate constituent of the novel material is biodegradable to a certain extent, Ghosh said the next challenge is to ramp up the level of natural content (seaweed extracts) and further improve its properties.
Making the raw material cost-effective is another important target of the team, he said.
“Plastic is produced on a massive scale. To be competent, we are looking at ways to cultivate the seaweed on a grander scale,” Ghosh added.
The study is published online in RSC Advances journal. The other members of the team are J.P. Chaudhary, Dharmesh Chejara and K. Eswaran.