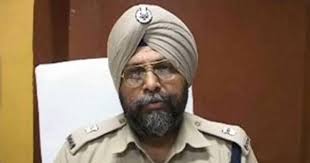 Chandigarh, July 28 (IANS) The family of Superintendent of Police Baljit Singh, who died in the terror attack in Gurdaspur in Punjab, on Tuesday demanded government jobs for his three children.
The officer, who was shot in the head while engaging the heavily armed terrorists on Monday in Dinanagar town, later died in a hospital.
His widow Kulwant Kaur and daughter Parminder Kaur made the demand for government jobs on Tuesday.
“We want the government to compensate us. We want my brother to be given the same job (SP’s post) and I and my sister be made tehsildars (revenue officers),” Parminder Kaur said at their house in Kapurthala town, 180 km from here.
Family sources said the family refused to cremate the officer till their demands were met.
But official sources said the family did not cremate the body on Tuesday as they were waiting for the officer’s brother to arrive from Italy.
Punjab Chief Minister Parkash Singh Badal is likely to visit the officer’s house on Wednesday to meet the family and offer condolences.
The government has announced a compensation of Rs.10 lakh each to the families of the officer and the Home Guards killed on Monday and Rs.5 lakh each to the civilians who died.
Badal, 87, who is ailing, will also meet the families of the deceased Home Guards Des Raj, Bodh Raj and Sukhdev Singh as well as civilians Amarjit Singh, Nirmala Devi and Ghulam Rasul.
“We are very poor. The government should come to our help,” said a daughter of Amarjit Singh, who was killed at his dhaba.