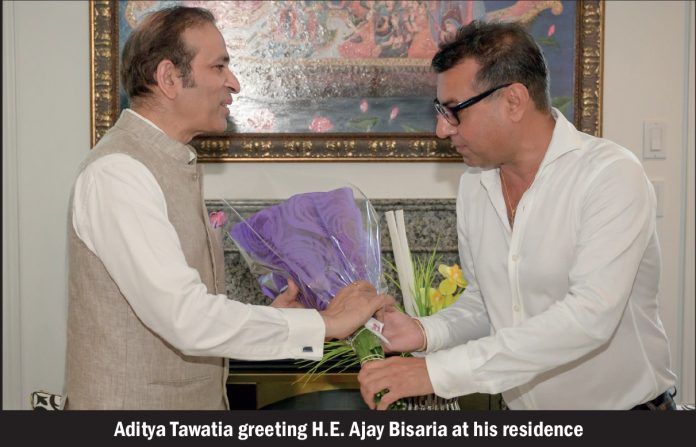 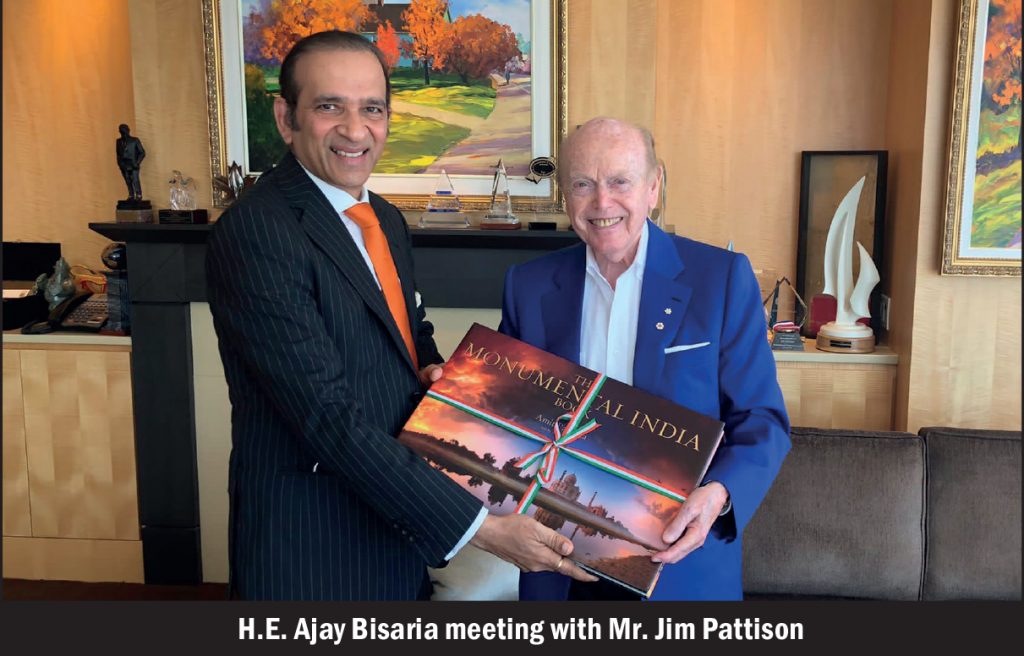 Canada is an important source of primary produce to India, including uranium, potash and bituminous coal. India exports pharmaceuticals, steel and IT services to Canada. Canadian funds have invested more than USD 60 billion in a wide range of sectors in India. Major Indian companies like TATA, Mahindra, Birla, and Infosys have a strong and growing presence in Canada. We see bilateral commercial relations growing, as Canadian companies develop a greater appreciation of the importance of India, in diversifying risks and building robust international supply chains.” 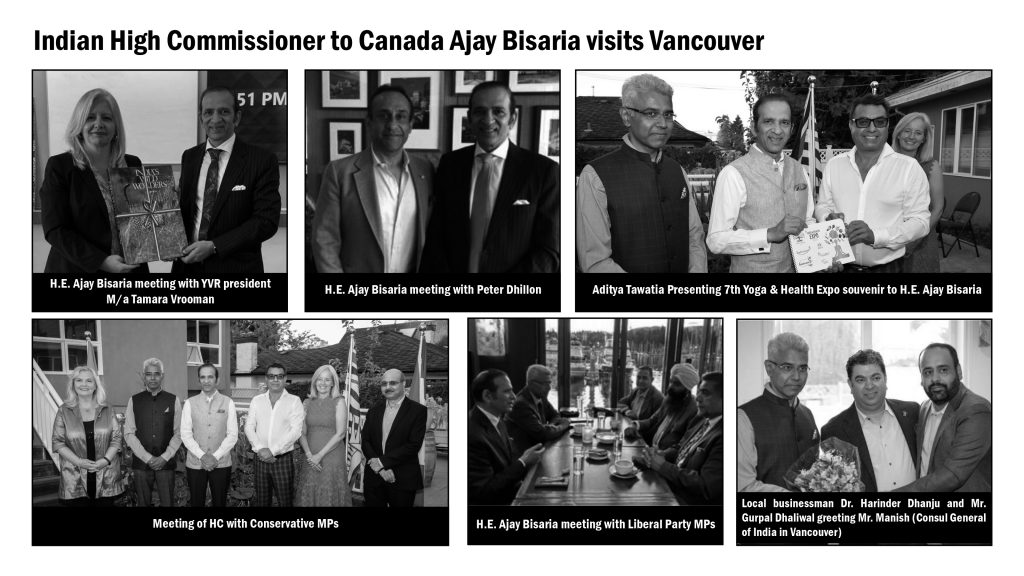 High Commissioner Bisaria also presided over another Business Roundtable on the evening of 21st July, 2021 organized by the Consulate General of India as part of its trade promotion and market expansion activities. He engaged with a large group of CEOs, bankers and other stakeholders belonging to the Indo-Canadian community. High Commissioner gave a detailed overview of the bilateral trade and investment between India and Canada, the new Project Linked Investment Scheme (PLI) scheme launched by the Govt. of India and the incentives it provides for setting up greenfield manufacturing projects in designated sectors, the long-term growth opportunities in sectors like infrastructure, pharmaceuticals, digital technology and the direction that the India Canada trade relationship is taking. The High Commissioner and Consul General also addressed a range of other issues that can carry this relationship forward to the benefit of both countries. High Commissioner Bisaria also sought their participation in celebrating #India@75, #AzadiKaAmrutMahotsav in partnership with the Consulate.

During his interactions and meetings in the Education sector, High Commissioner Bisaria discussed, inter alia issues related to opportunities for cooperation in education sector and skills training, problems related to mobility and travel of international students from India in the backdrop of restrictions on travel imposed by Canada due to the pandemic.  He separately met with Mr. Ajay Patel, President, Vancouver Community College; Mr. Lane Trotter, President, Langara College and Ms. Joy Johnson, President of Simon Fraser University. High Commissioner Bisaria in his interaction noted that, “Education is a key area of mutual interest. Recently India became the top source of foreign students with 230,000 Indian students studying in Canada. We have in place about 300 MoUs between institutions of higher learning in India and Canada. Under the MoU on Higher Education, meetings have been held between the two countries to expand the collaboration in the areas of student and faculty mobility.”

High Commissioner Bisaria also had a useful exchange of views during his meeting with Ms. Tamara Vrooman, President & CEO, YVR airport authority who are eagerly awaiting the resumption of direct flights between India and Canada and commencement of regular direct flights between Vancouver and Delhi by Air India who have announced daily flights on this direct route when the flight restrictions are lifted.

Quote from High Commissioner:
“India Canada relations are multifaceted and growing stronger by the day. As large democracies and major G-20 countries we have much to collaborate on, particularly as the world grapples with the pandemic. India and Canada are consulting not only on the health and medical aspects of dealing with the pandemic but also on the subsequent economic recovery and in building a post-COVID mechanism that safeguards us against such future shocks. Our people-to-people relations are unique with 1.6 million Canadians of Indian heritage and almost 700,000 Indians living in Canada, including more than 230,000 students in Canadian universities and colleges. The Indian community in Canada has contributed to the diversity and resilience of Canada. It is completely integrated into Canadian life and is playing strong leadership roles in all sectors from public life to science to arts. The community has provided four Cabinet ministers in the current government, in all 22 MPs in the Parliament. This gives a very strong base for growth of India Canada relations. We have in place the entire spectrum of collaborative mechanisms on areas ranging from counter terrorism to promotion of science and technology to arctic research to cultural exchanges.”